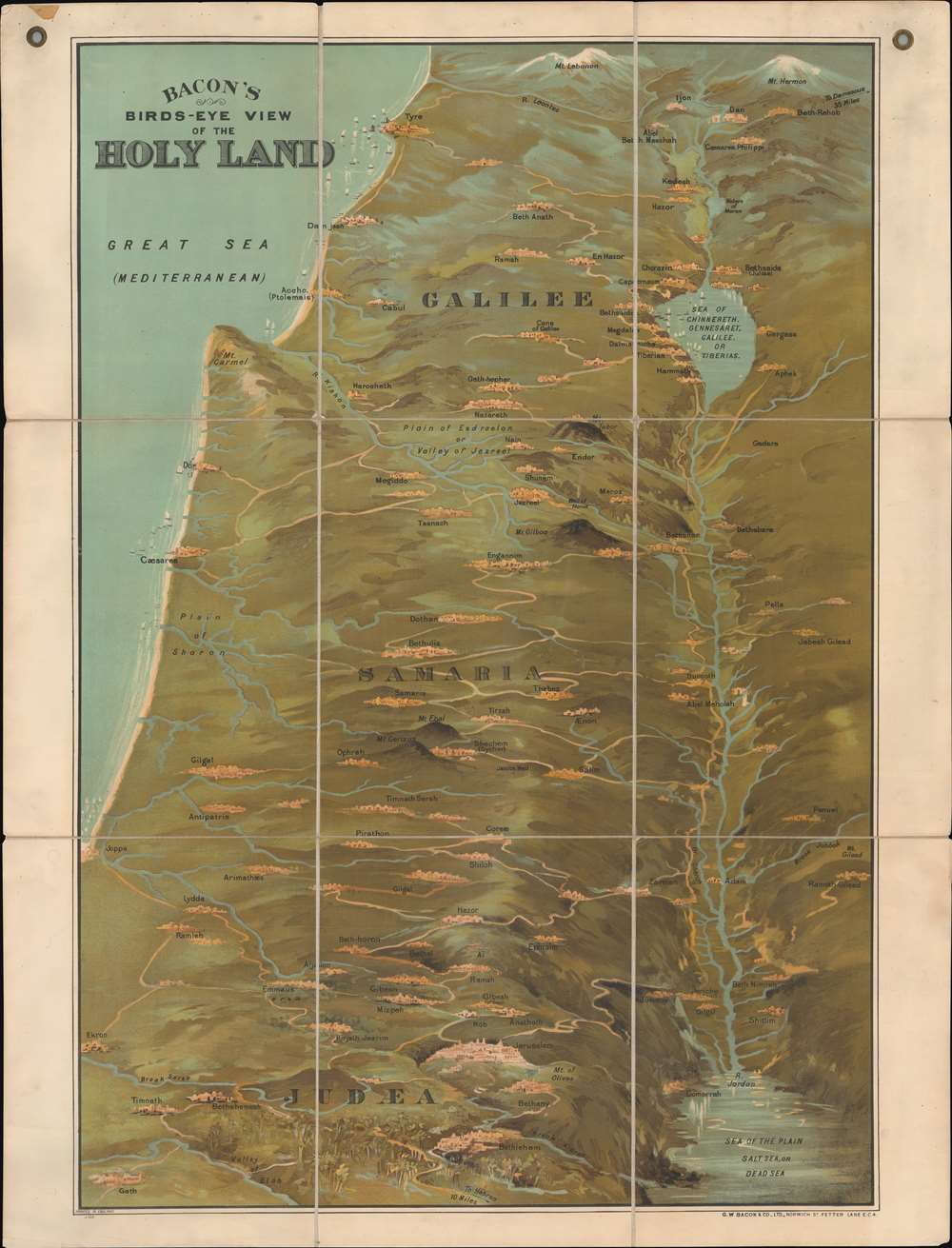 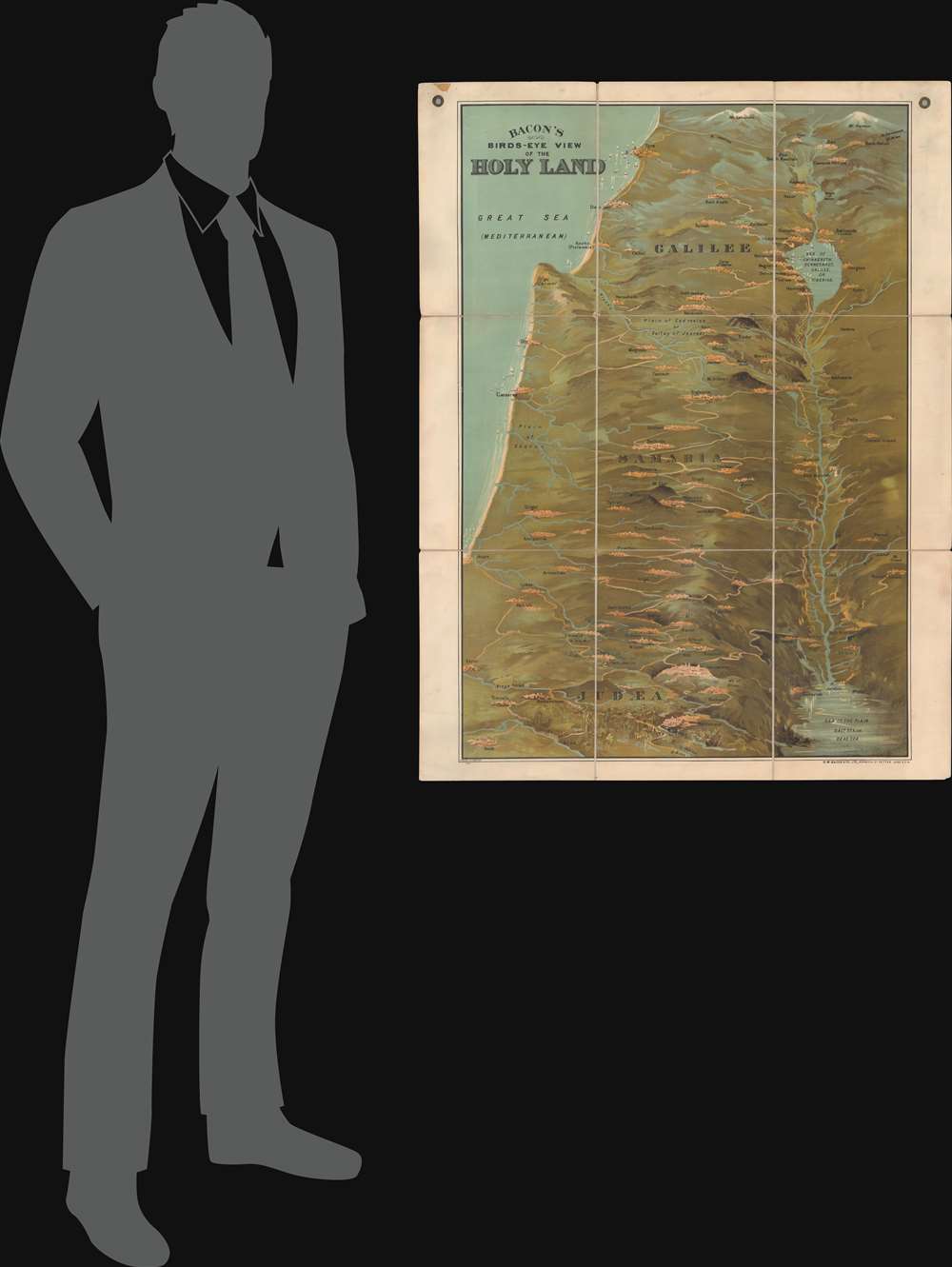 Stunning view of the Holy Land!

A striking c. 1890 chromolithograph view of the Holy Land / Israel / Palestine by G. W. Bacon. Coverage extends from Mt. Lebanon and Mt. Hermon to the Dead Sea, Bethlehem, and Gath - thus covering the northern half of modern-day Israel and southern Lebanon. The Jordan River valley is particularly striking, with bold exaggerated depictions of both the Sea of Galilee and the northern part of the Dead Sea. Jerusalem is prominent at bottom center.

This wall map was issued by G. W. Bacon from his offices at 127 Strand, London. The map is undated, but likely appeared between 1880 and 1900 - during the height of the chromolithography craze. Bacon sold his business to W. and A. K. Johnston in 1900, so it must predate that transfer. We have seen examples of this map reduced to postcard format, but know only one other full-sized example in private hands. Not in OCLC.

Very good. Dissected and mounted on linen. Minor verso reinforcement repairs to fold separations on linen - but generally stable.
Looking for a high-resolution scan of this?