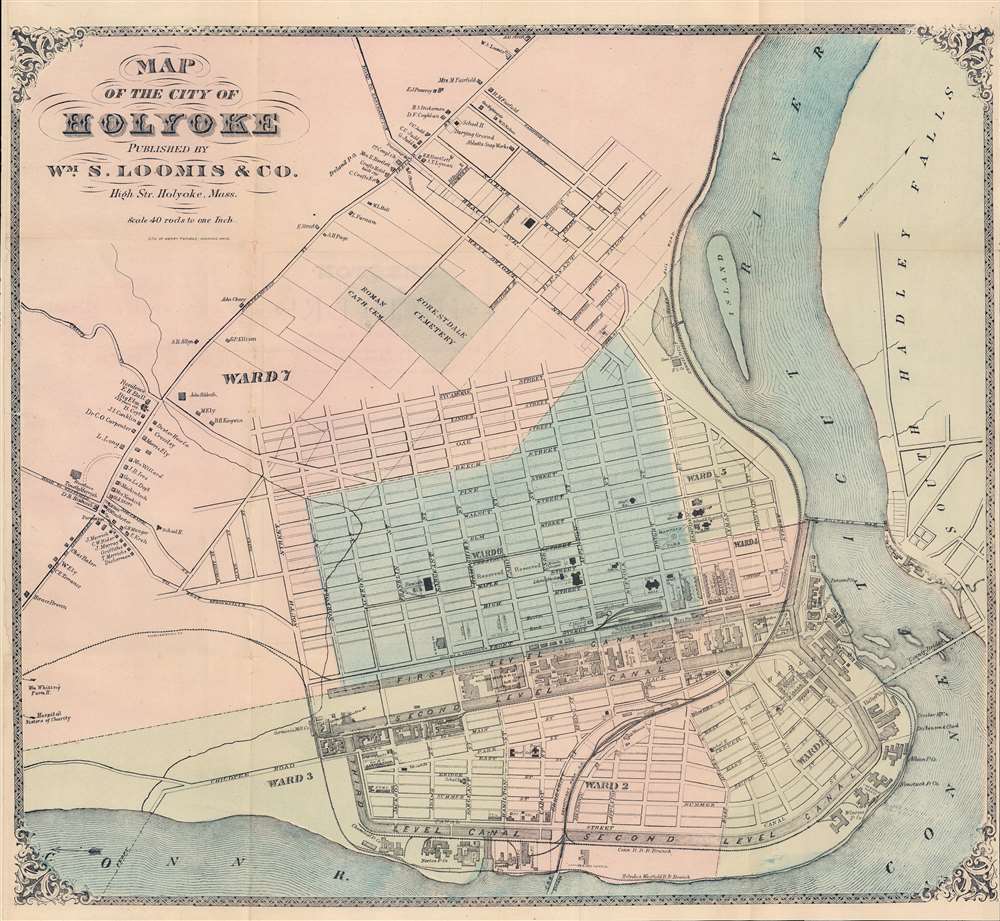 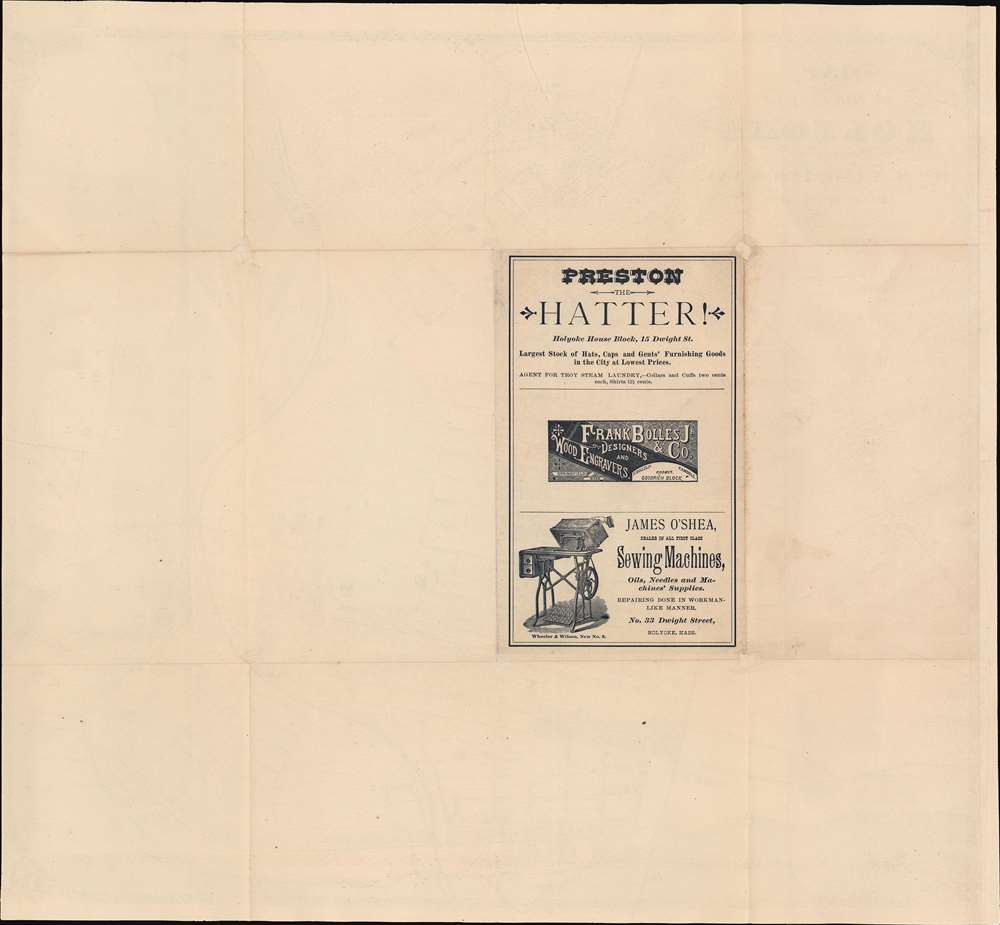 This is a c. 1871 William Loomis city plan or map of Holyoke, Massachusetts, a historic mill town on the Connecticut River. Holyoke is located in the famous 'Five Colleges' region of the Pioneer Valley. The 'five' include Amherst College, Hampshire College, Mount Holyoke College, Smith College, and the University of Massachusetts Amherst. Holyoke is divided into wards, shaded a different for easy differentiation. Buildings are illustrated throughout, many of which are labeled, including the grammar school, high school, city hall, numerous businesses, and churches. Three freight canals cut through the city, and the Connecticut River Railroad runs along the Connecticut River. The whole is surrounded by a beautifully engraved border.

This map was published by William Loomis in 1871. It was engraved and printed in the Holyoke lithography studios of Henry Tomas. We are aware of two editions: the present example and an edition issued in 1874 by Loomis and Kirkland. All examples are extremely rare, the only other known having passed through our hands about 3 years ago.

William S. Loomis (1840 - July 10, 1914) was an American publisher and businessman. Born in Granville, Massachusetts, Loomis moved to Holyoke, Massachusetts as a young boy. He graduated from Holyoke High School and worked in his father's store. When the American Civil War broke out, Loomis enlisted in B Company, 46th Regiment, Massachusetts Infantry and was promoted to the rank of second lieutenant in January 1863 by Governor John A. Andrews. After the war, Loomis was elected Holyoke town clerk and held the position for a number of years. Loomis bought a share of the Holyoke Transcript, the town's weekly newspaper, from Charles M. Lyman, and began publishing the paper with Edwin L. Kirtland unde the name Loomis and Kirtland. Kirtland sold his shares to William G. Dwight in 1881, and Loomis and Dwight began working on converting the paper from a weekly to a daily. Loomis, however, sold his share of the paper in 1888 to devote himself to the Holyoke Street Railway Company, which he owned. He soon had a street railway line operating in Elmwood as well, and not long after organized the Mt. Tom Railway Company. Loomis resigned as general manager of the Holyoke Street Railway Company in 1912, but retained the presidency. He also was still serving as president of the Mt. Tom Railway COmpany, vice-president of the Holyoke Savings Bank, vice-president of the Holyoke Library Association, and president of the Forestdale Cemetery Association when he died. Learn More...


Henry Thomas (1837 - 18??) was a lithographer, engraver, and printer based in Holyoke, Massachusetts in the second half of the 19th century. Thomas was born in France. Due to his rather name, it is nearly impossible to distinguish Thomas from numerous other individuals of the same name, living in the same region. His offices were located in the Bowers and Mosher Buildings, just opposite the railroad depot in Holyoke. His advertisements appear in local until about 1885. Learn More...