1957 First Bilingual Edition of the GSGS Map of Hong Kong 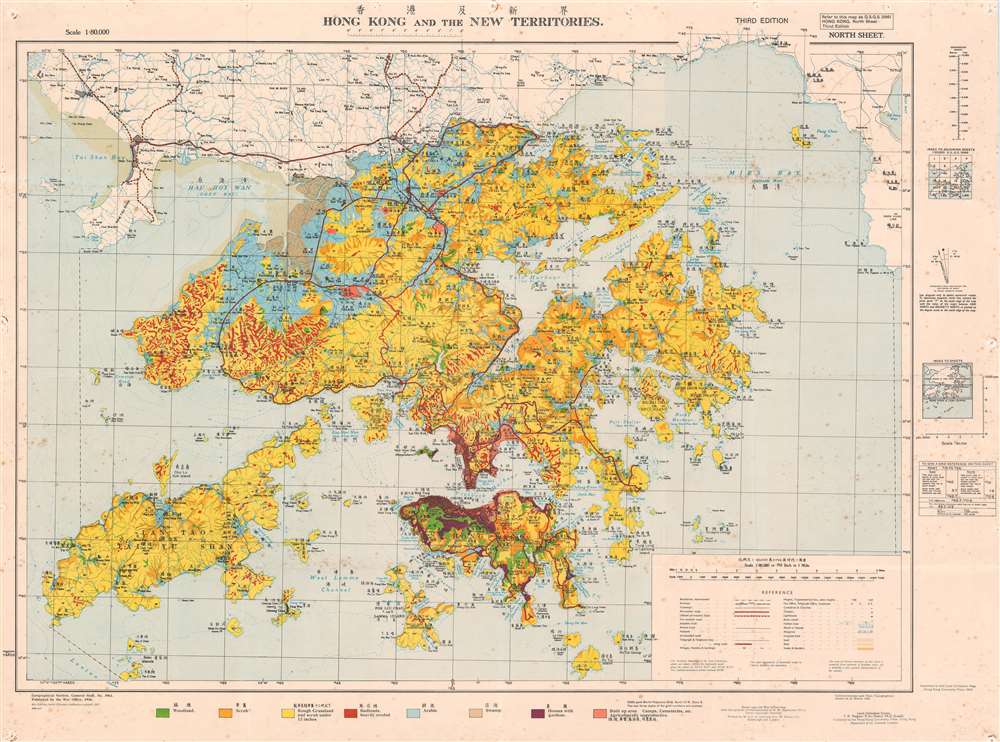 1957 First Bilingual Edition of the GSGS Map of Hong Kong

An extremely rare 1957 Geographical Section General Staff map of Hong Kong. Based upon a 1936 map published by the War Office, this is the first bilingual edition of this important. This map is further updated to represent agricultural variance, distinguishing between scrub, roughly grassland, badlands, arable lands, swamp and developed properties.

The 1950s were a time of trial for Hong Kong. World War I was over, the Japanese threat ended, but a new threat emerged in the form of Communist China. Literally in the lion's mouth, British administrators determined to maintain Hong Kong as a capitalist bastion in the shadow of Red China. Part of this effort involved embracing Hong Kong as more than a colony, but as a fundamentally Chinese city - proof that a modern capitalistic economy could not only exist but thrive in China. The city initiated a series of reforms to this end further integrating the Chinese populace and Chinese culture into the city's governance and administration. As part of this effort, Chinese was fully integrated into government - reflected in the publication of bilingual administrative documents like this map.

This map was first issued in 1936 by the British government War Office. It subsequently went through several editions. This edition, 1956, is the fourth, significant as the first edition to be amended with Chinese characters. Represents Geographical Section General Staff map no. 3961.

Very good.Some foxing, verso repairs, and pinholes in corners.
Looking for a high-resolution scan of this?