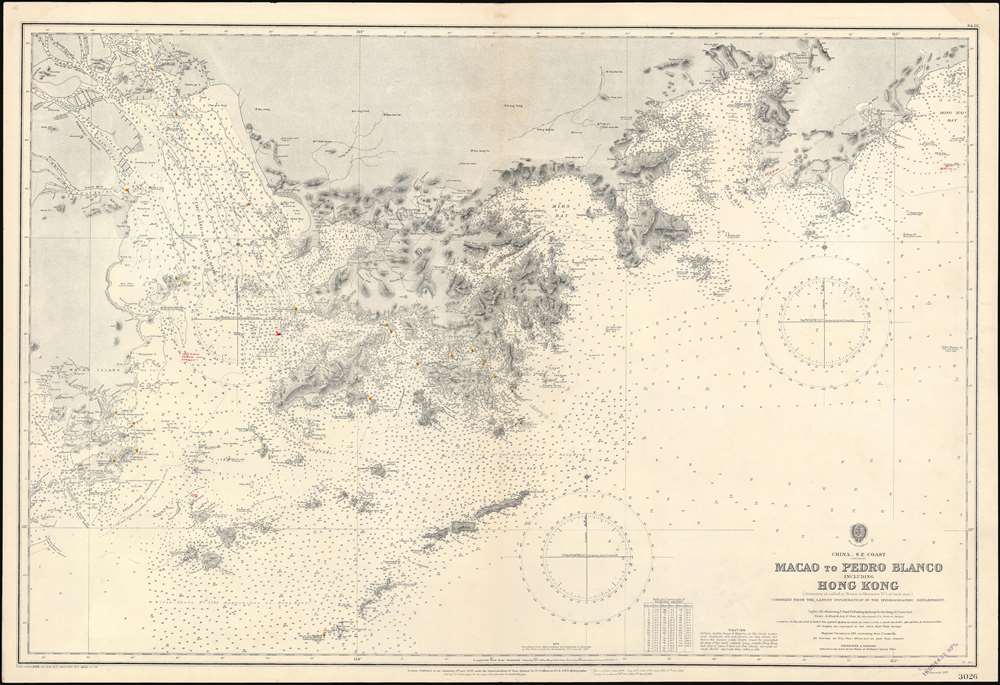 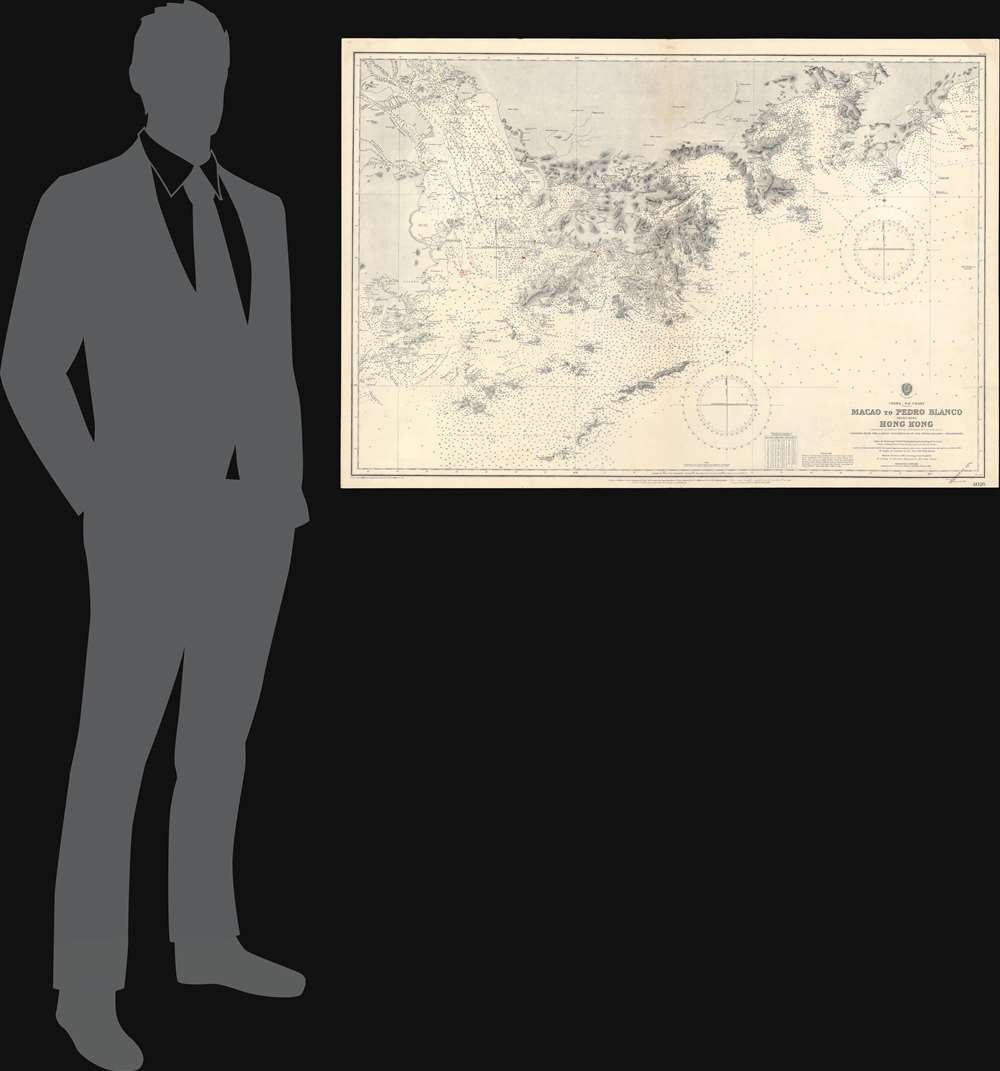 A rare 1929 British Admiralty nautical chart or maritime map of Hong Kong and vicinity. Centered on Hong Kong, the map includes Kowloon and the New Territories, extends west as far as Macao, and east to Hong Hai Bay. The chart exhibits manuscript updates in a practiced hand.