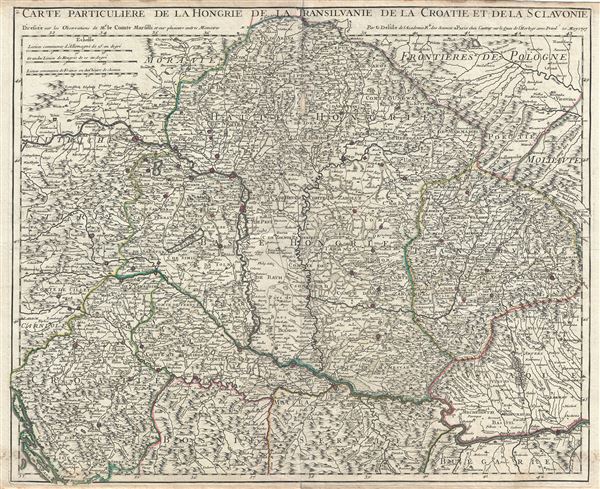 This is a fine example of the 1717 Guillaume De L'isle map of Hungary, Transylvania (Romani), Slovakia and Croatia. It includes the modern day nations of Hungary and Slovakia, as well as parts of Austria, Czech Republic, Croatia, Serbia, Ukraine, Poland, Bosnia and Herzegovinian and Romania. The map covers the region from Tabor in the Czech Republic west to Bucharest, Romania and from Olmutz, Czech Republic south as far as Pag, Croatia. The entire region is rendered in extraordinary detail, offering both topographical and political information, with mountains and forests beautifully rendered in profile.