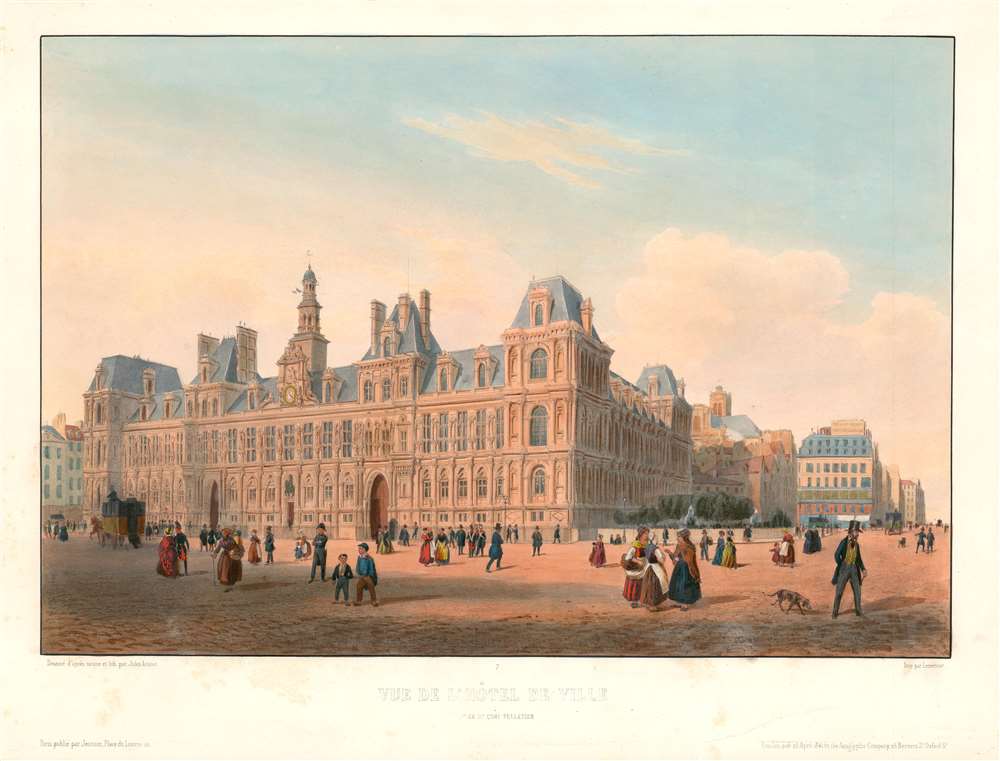 A beautiful view of the old Hotel de Ville in Paris, before it was burned down at the end of the Paris Commune in 1871.
$250.00

This is an 1844 Jules Arnout view of the Hôtel de Ville (City Hall) in Paris, France. The view, drawn by Arnout from the quai Pelletier (today's quai de Gesvres), illustrates the hôtel de ville as it would have been seen from the Seine. The view details the building's beautiful Renaissance-style façade with Parisians milling about in the square in front going about their daily lives.

A Short History of the Hôtel de Ville

The Hôtel de Ville as it is depicted here was constructed between 1533 and 1628, with construction being interrupted by the French Wars of Religion which happened intermittently throughout the second half of the sixteenth century. This Hôtel de Ville was burned by the communards at the end of the Paris Commune in 1871 after it became clear that the Commune would be defeated by the French military. The building as it is in Paris today was built between 1874 and 1882.

This view was created by Jules Arnout, originally printed by Lemercier and published by Jeannin c. 1844. This example is one of the British editions which was published in London by the Anaglyphic Company in 1844. The only other known example is part of the collection at the Musée Carnavalet in Paris and is in black and white.

Very good. Even overall toning. Some soiling. Blank on verso.
Looking for a high-resolution scan of this?