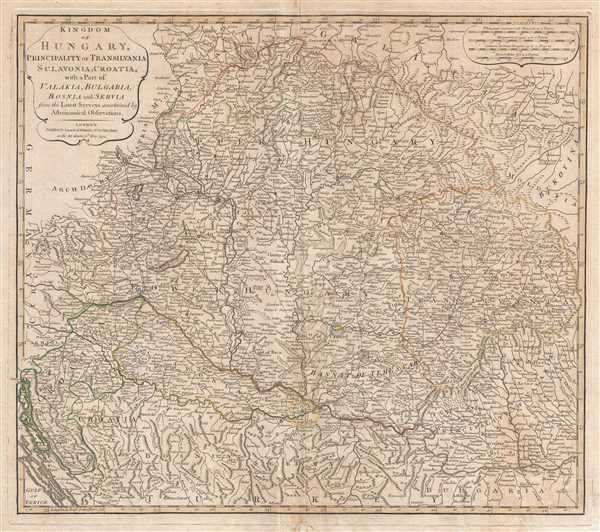 The region made famous by Bram Stoker's classic novel Dracula.
$350.00

A rare and attractive 1794 map of the Kingdom of Hungary by Laurie and Whittle. The map depicts the Kingdom of Hungary and its surrounding states, including Transylvania (modern-day Romania), Bulgaria, Bosnia, Croatia, and Serbia. Highly detailed, myriad cities and towns are labled, including Vienna. Rivers, forests, swamps, and mountains are illustrated throughout. Made famous by Bram Stoker's novel Dracula, the region is known for its scenery, particularly the Carpathian mountains.

This map was published by Laurie and Whittle as plate no. 23 in the 1797 edition of Thomas Kitchin's General Atlas.