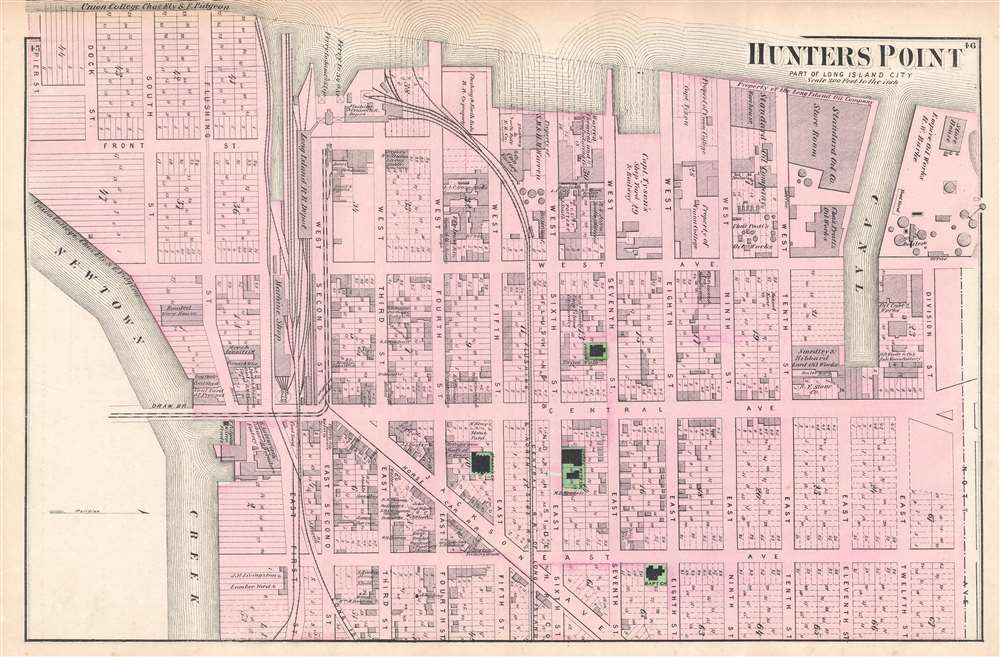 A scarce example of Fredrick W. Beers' 1873 map of Hunter's Point (Long Island City), Queens, New York. The map depicts part of what is today Long Island City from Pier Street north as far as Nott Avenue. Among the identified locations are the Long Island Railroad depot, several churches, a school, and Standard Oil's 'store room'. Individual lots are identified. This is probably the finest atlas map of Hunters Point, Queens, to appear in the 19th century.