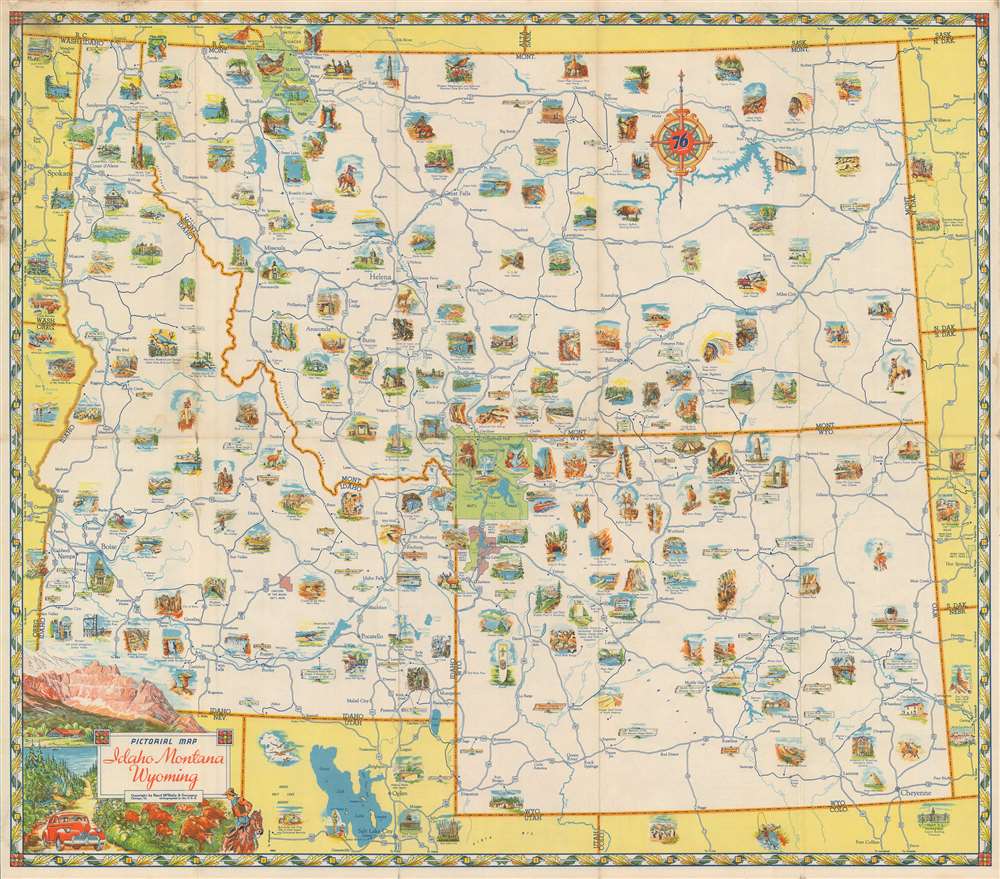 Centered on Yellowstone National Park, this c. 1930 Rand McNally pictorial map of Idaho, Montana, and Wyoming promotes a romantic view of the American West. Yellowstone, the first national park in the U.S., fascinates people across the U.S. and the world and is famous for its geothermal activity, especially Old Faithful, illustrated here. The 'great outdoors' is synonymous with the American West, and Rand McNally uses that connotation to their advantage. People are depicted fishing, working cattle ranches, and taking in the fantastic scenery. National parks, monuments, and forests are all labeled, while the flora, fauna, and landscapes they were created to protect are front and center. The region's state and national highways crisscross the map, allowing vacationers to plan which sites to visit and how best to access each one. After spending some time looking at this map, one can't help but want to take a 'Great American Road Trip'!

This map was created and published by Rand McNally c. 1930. We have been unable to trace any other examples.

Good. Exhibits wear along original fold lines and light soiling. Text on verso.
Looking for a high-resolution scan of this?