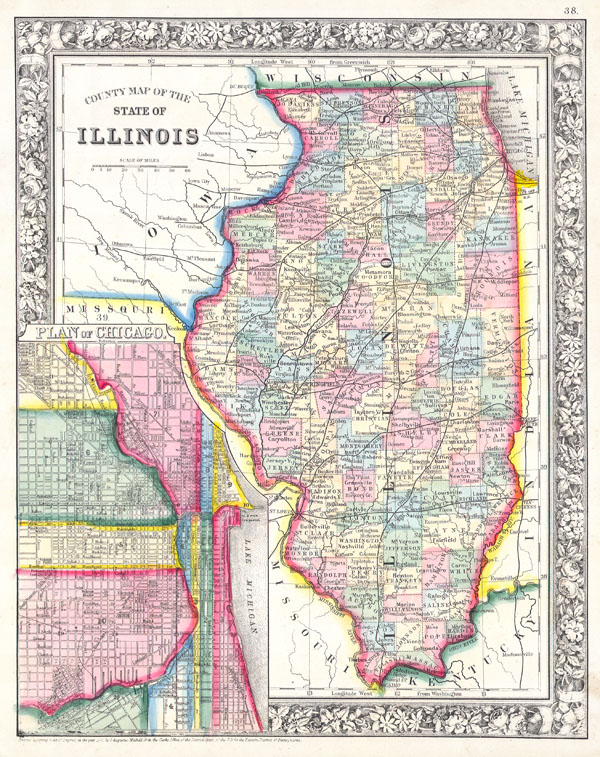 A beautiful example of S. A. Mitchell Jr.'s 1861 map of Illinois and Chicago. Depicts the state of Illinois in considerable detail with color coding at the county level. Also notes roads, railroads, rivers, cities towns, and some geographical features. Features a large and detailed inset plan of Chicago in the lower left hand quadrant. Dated and copyrighted, 'Entered according to Act of Congress in the year 1861 by S. Augustus Mitchell Jr. in the Clerks Office of the District Court of the U.S. for the Eastern District of Pennsylvania.' Engraved by S. Augustus Mitchell Jr. for inclusion as map no. 38 in the 1864 edition of Mitchell's New General Atlas.

New York Public Library, Map Division, 1510816.
Looking for a high-resolution scan of this?