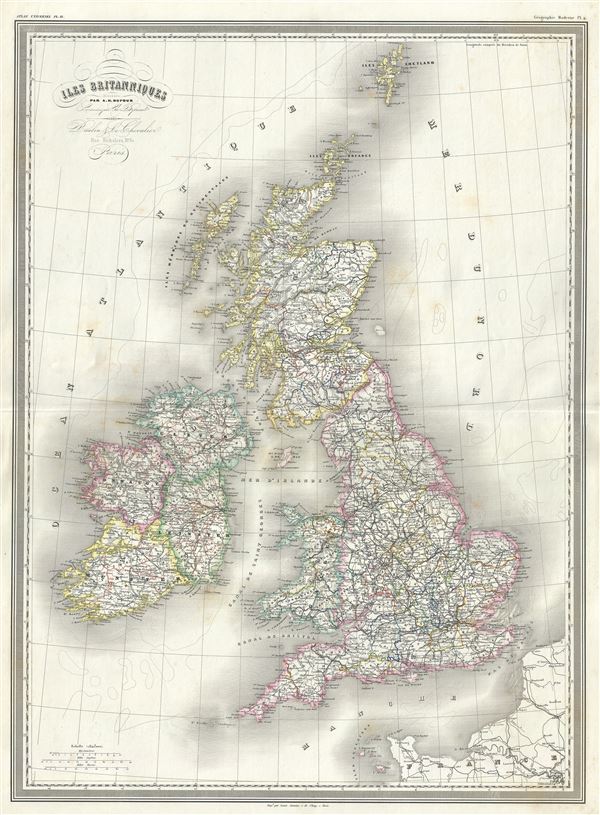 This is a beautiful 1860 elephant folio map of the British Isles or Great Britain and Ireland by A. H. Dufour. It includes England, Wales, Scotland and Ireland and covers from the Shetland Islands to the English Channel. Throughout, the map identifies various cities, towns, rivers and an assortment of additional topographical details.