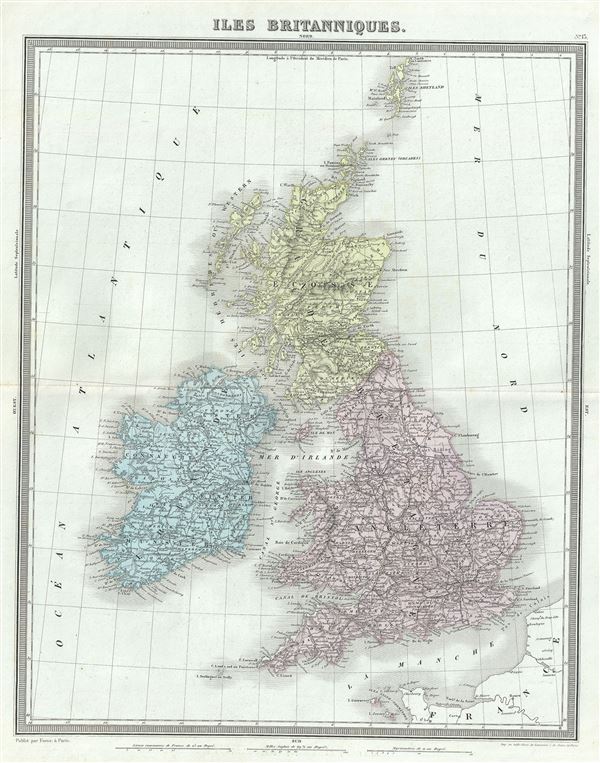 This is a beautiful 1874 map of the British Isles or Great Britain and Ireland by Ambroise Tardieu. It includes England, Wales, Scotland and Ireland and covers from the Shetland Islands to the English Channel. Throughout, the map identifies various cities, towns, rivers and an assortment of additional topographical details.

During this time in history, Scotland was in the midst of the Industrial Revolution and emerging as the center of engineering and shipbuilding in the British Isles. Britain at the time was experiencing a rapid expansion of its empire to include India and parts of Africa.

This map was prepared by Ambroise Tardieu and issued as plate 13 in his 1874 edition of Atlas Universel de Geographie Ancienne et Moderne.