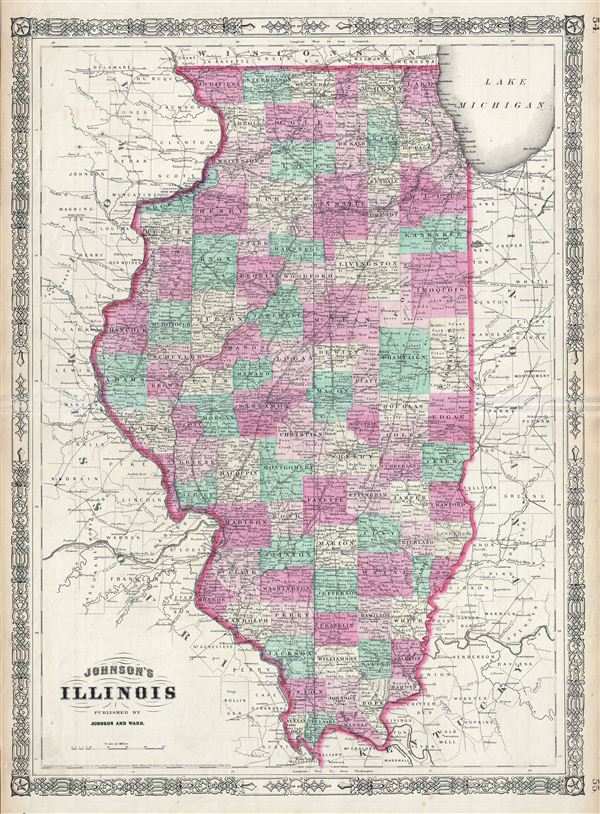 This is a beautiful example of Johnson and Ward's 1864 map of Illinois. The map covers the entire state along with portions of the adjacent states. Johnson introduced this large folio map in the 1864 edition of his atlas, replacing the single page Illinois map that he inherited from Colton. The expanded map was necessary to account for the boom in Illinois' population that occurred in the previous decade. Various towns, cities, railways, roads, rivers and several other topographical features are noted with relief shown by hachure. This map features the fretwork style border common to Johnson's atlas work from 1864 to 1869. Published by A. J. Johnson and Ward as plate nos. 54 and 55 in the 1865 edition of Johnson's New Illustrated Family Atlas. This is the first edition of the Johnson Atlas to be attributed to Johnson exclusively. Dated and copyrighted, 'entered according to Act of Congress in the Year 1864 by A. J. Johnson in the Clerks Office of the District Court of the United States for the Southern District of New York.'