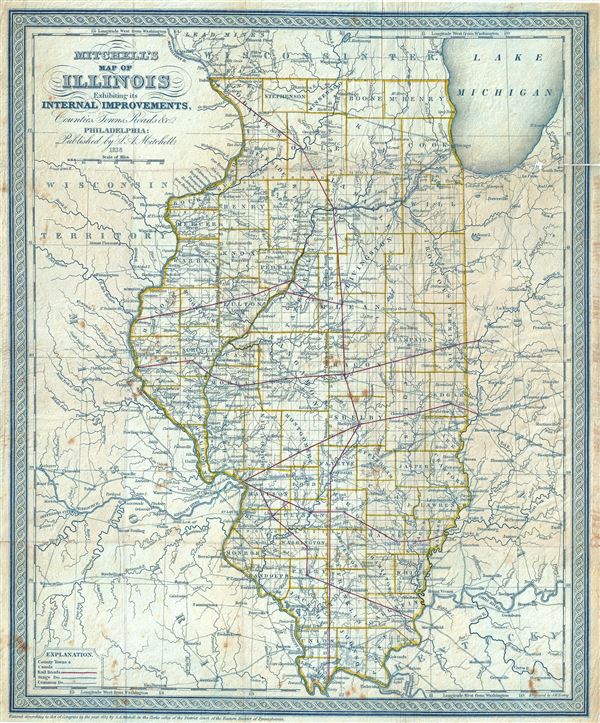 An extremely rare 1838 map of Illinois by Samuel Augustus Mitchell. It covers the state of Illinois along with parts of neighboring Indiana, Kentucky, Missouri and the Wisconsin Territory. The map depicts a very early county configuration and notes towns, canals, railroads, rivers and a host of other important features.

The map is copyrighted to 1837 with a secondary date of 1838. Engraved by J/ H. Young and ''Entered according to Act of Congress in the year 1837 by S. A. Mitchell in the Clerks office of the District Court of the Eastern District of Pennsylvania.' Issued as part of the book Illinois in 1837, A sketch, published in Philadelphia in 1837 by S. Augustus Mitchell and Grigg and Elliot.