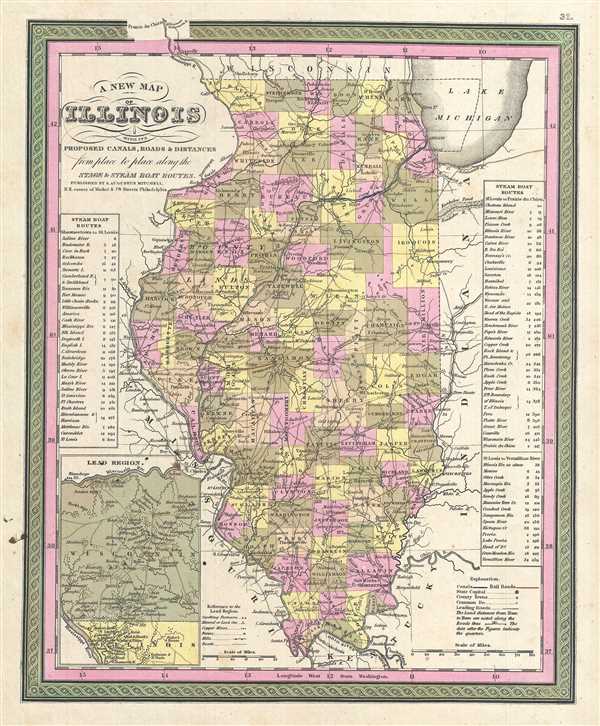 This is an uncommon 1849 map of Illinois by Samuel Augustus Mitchell. It covers the state of Illinois with exceptional detail, noting canals, railroads, steam boat routes, towns, rivers, roads and other topographical features. Steam boat routes are listed along the left and right border. The bottom left includes an inset featuring the lead regions in north west Illinois as well as Wisconsin. Inset features Galena and vicinity and notes smelting furnaces, mineral and lead ore, copper mines, farms, mills and roads. The whole is engraved and colored in Mitchell's distinctive style with green border work and vivid pastels.