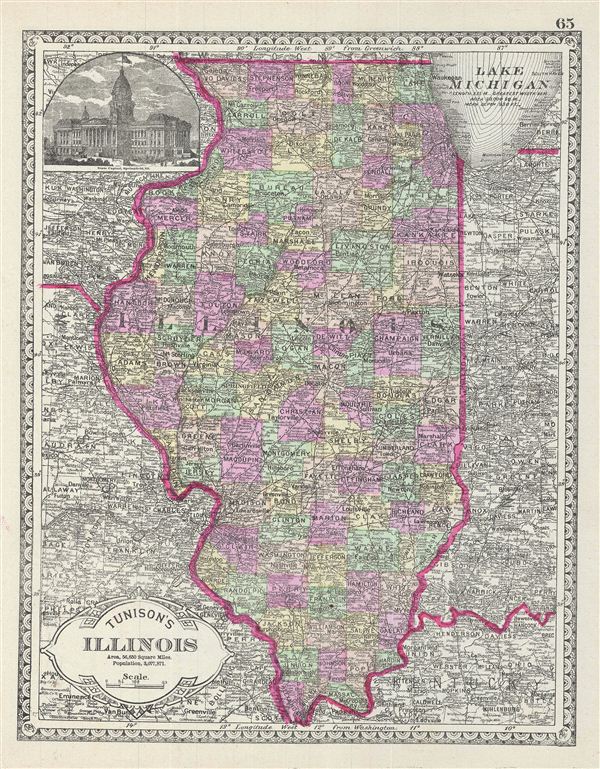 This is a beautiful example of the 1887 Tunison map of Illinois. It covers the entire state as well as portions of the adjacent states of Missouri, Kentucky and Indiana. The upper left quadrant contains a beautiful illustration of the State Capitol in Springfield. The map is highly detailed with color coding at county level. Various towns, cities, rivers, roads, and various other topographical details are noted. Published as plate no. 65 in Tunison's Peerless Universal Atlas.

Very good. Map of Iowa on verso.
Looking for a high-resolution scan of this?