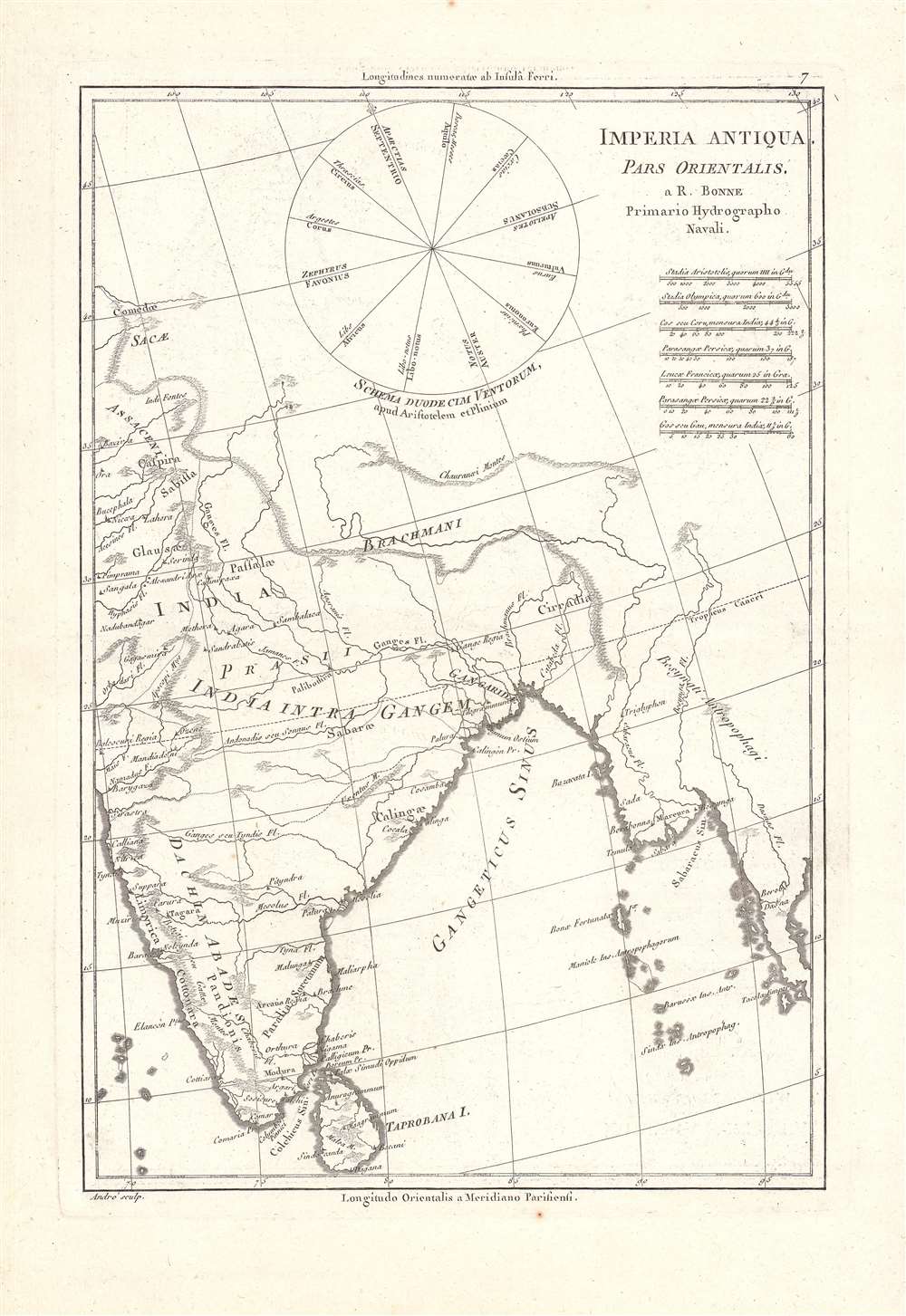 This is a c. 1787 Rigobert Bonne map of Ancient India, depicted at the time of Alexander's conquest of the Punjab c. 320 BCE. The map, which appeared in Bonne and Desmarest's Atlas Encyclopedique, combines modern geographical knowledge with ancient (Latin) terminology and units of measurement.

This map depicts the Indian subcontinent and the Bay of Bengal, using Latin names for places and peoples as they appeared in Greek and later Roman sources discussing the conquests of Alexander the Great. The last conquests of Alexander before his death took place in the Punjab, at top-left here, in the 320s BCE. The map notes mountains, rivers, large settlements, and the names of regions and kingdoms. At right is the Bay of Bengal and Burma.

The map is rich with information, including seven scales, a diagram of compass winds as described by Aristotle and updated by Pliny the Elder, latitude, and longitude given from both the Ferro Meridian and Paris. As might be expected, the description of some of the surrounding places and people are fantastical, such as the cannibals (antropophagi) supposedly inhabiting Upper Burma.

This map was made by Rigobert Bonne and appeared as map No. 7 in Bonne and Nicolas Desmarest's Atlas Encyclopedique, a very successful atlas that went through several editions in the late 18th century. The map is only independently cataloged among the holdings of the Bayerische Staatsbibliothek and the Universitätsbibliothek Eichstätt-Ingolstadt, while the entire Atlas Encyclopedique is more widely distributed among universities and research institutions.