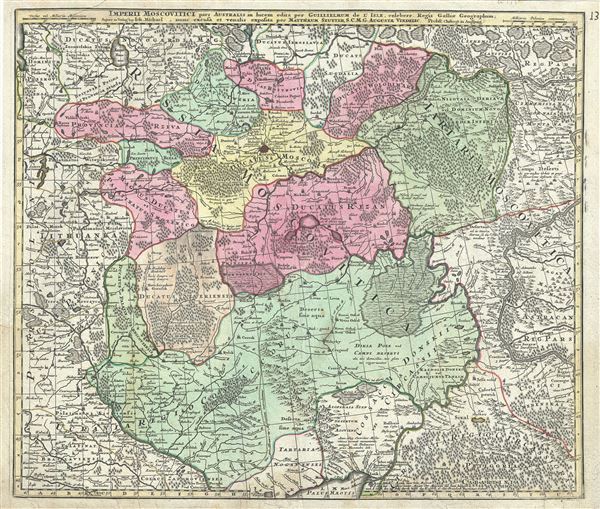 This is an attractive 1730 map of southern Russia and Ukraine by the important Augsburg map publisher Georg Matthaus Seutter. It depicts from Novgorod south to Lutik and east as far as Kokchaga. Includes towns, roads rivers, lakes, mountains, forests and other details. Shows Moscow, Kiev and other major cities in the region. The map is based on the work of Guillaume Delisle and like most of Delisleâ€™s work, is beautifully engraved with forests and mountains rendered in profile and swamps, oceanic and river depths in hachure. This map was issued by Matthaus Seutter in 1730.