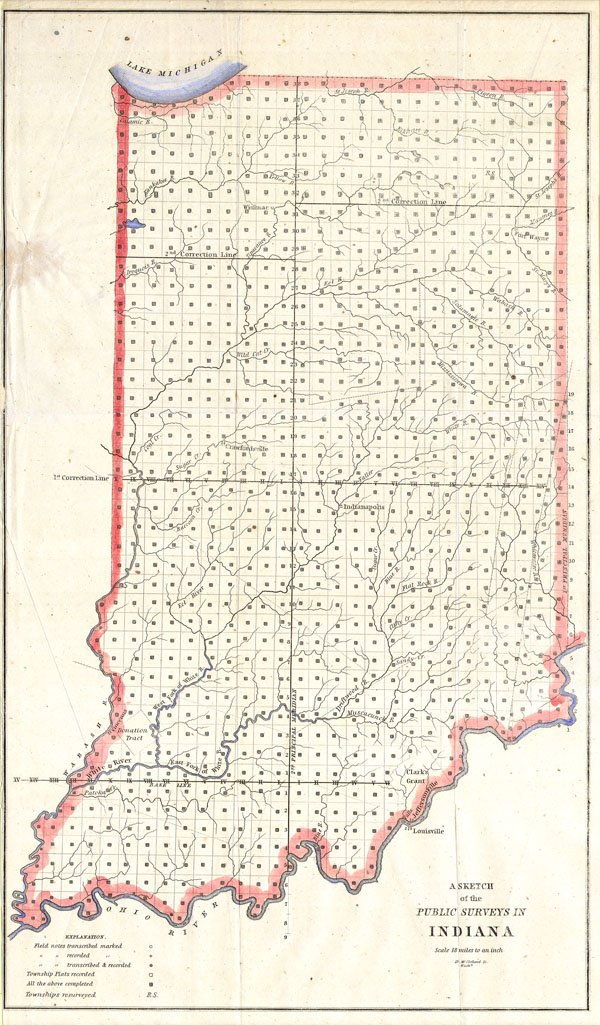 This magnificent map of Indiana was issued for the U.S. Land Survey Office under the supervision of D. Mc Clelland. It is officially entitled 'Sketch of the Public Survey's in Indiana.' In the southeast, near Louisville, Clark's Grant is labeled. This was the territory set aside by Thomas Jefferson for Virginia soldiers and officers who fought in the Revolutionary War. This large map reveals the state of Indiana in fair detail with special attention to rivers and waterways. An exceptional and rare early map of this region.