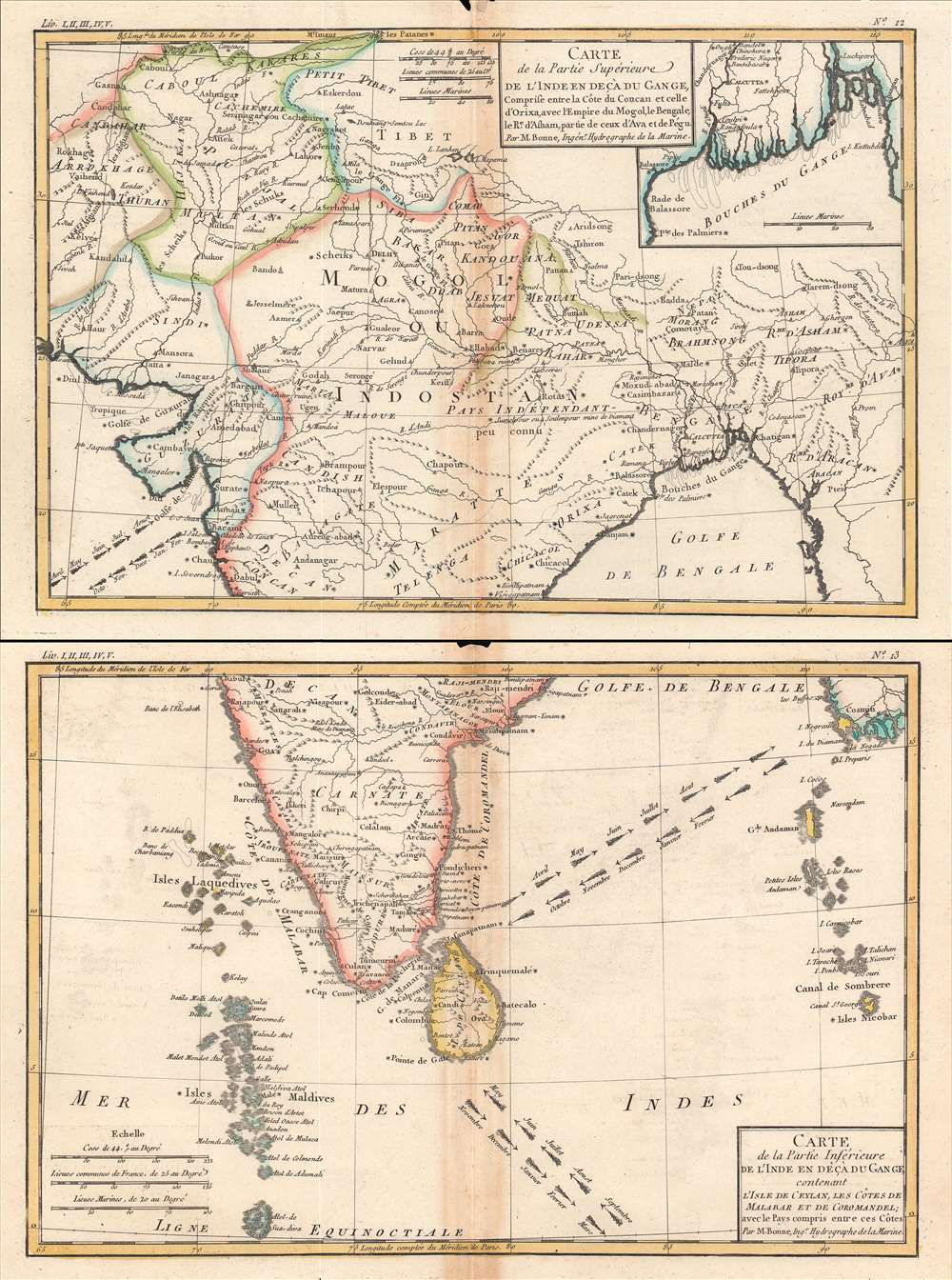 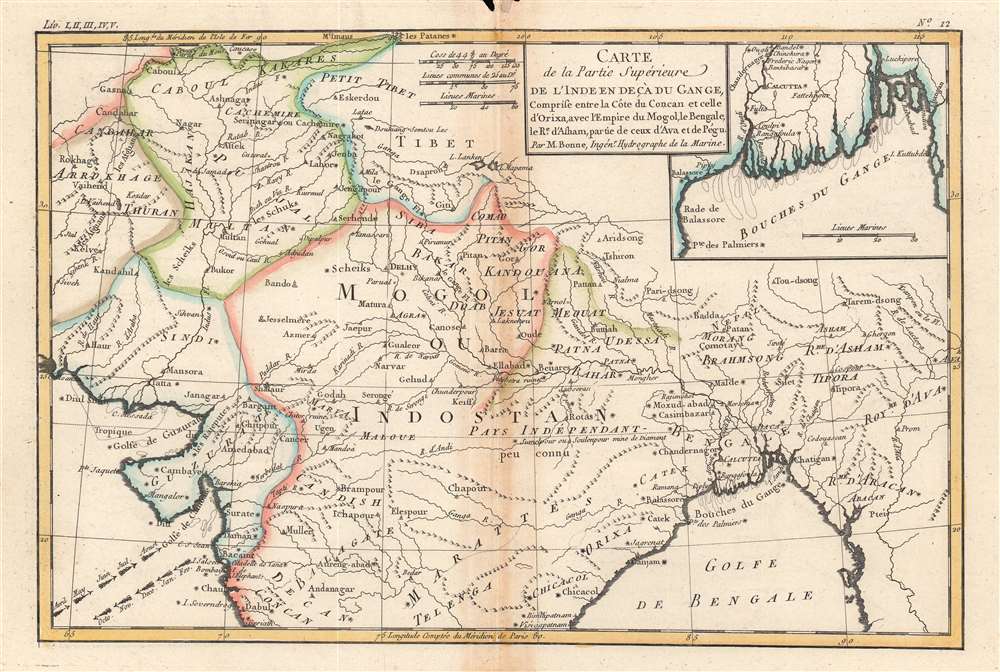 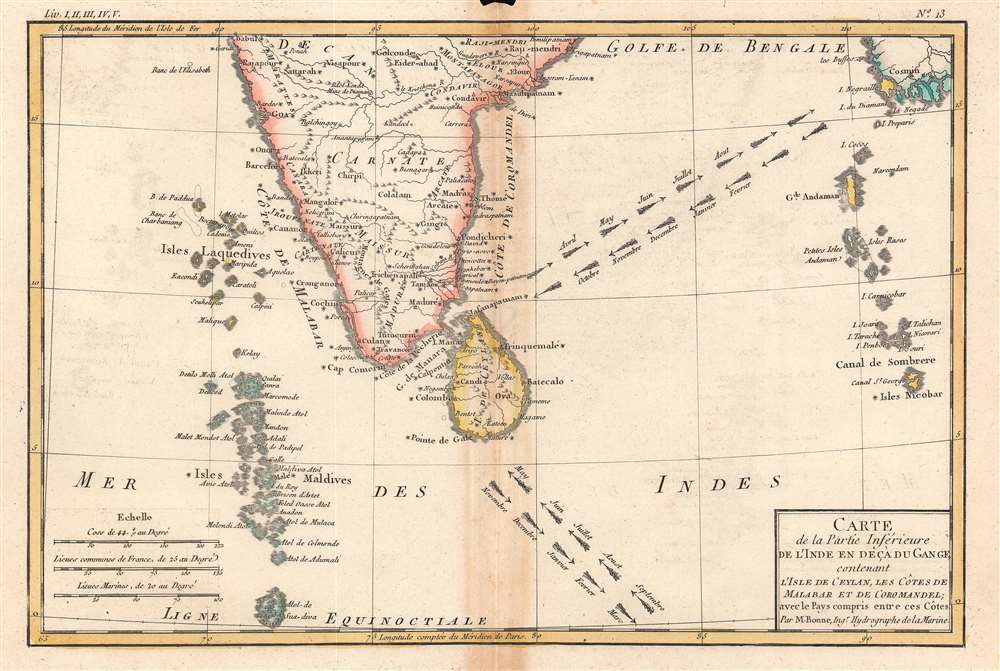 Bonne's rendition of the Indian subcontinent.
$200.00

This is the 1780 Rigobert Bonne map of South Asia. In two sheets, it covers the entire subcontinent, from Afghanistan, Kashmir, and Tibet in the north to Ceylon, the Maldives, and the Nicobar Islands in the south.

This map is highly detailed and beautifully crafted. Towns, religious sites, cities, and mountains are depicted in miniature representations. The direction of the all-important Indian Ocean trade winds and their corresponding seasons are depicted. An inset at top-right illustrates the Ganges Delta (or 'mouths of the Ganges') around Calcutta.

At the time this map was made, India was undergoing important transitions that would eventually open the door to British dominance on the subcontinent, though that was not clearly apparent at the time. The once might Mughal Empire was beset by upstart competitors, namely the Marathas and Sikhs. The British were just one among several European empires with coastal outposts focused on trade rather than conquest. But in the decades following this map's publication, the British East India Company would displace the French as their main European competitors, gain control of Bengal and other territories, and begin taking on greater administrative roles.