1851 Black Map of India and Singapore 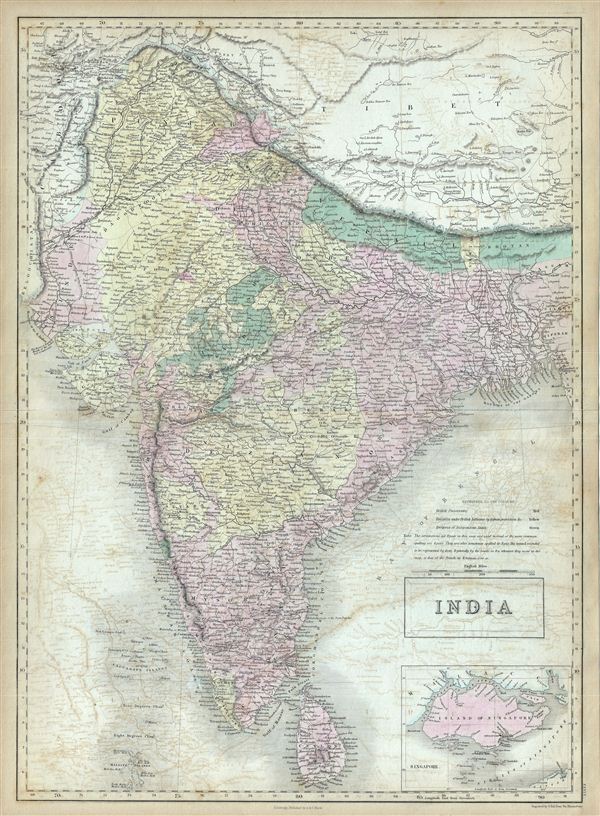 1851 Black Map of India and Singapore

Includes an early map of Singapore Island and city as an inset.

This map's large inset of Singapore Island, in the lower right quadrant, is of particular interest. Like India, Singapore was administered by the British east India Company and, largely due to the opening of the Chinese market, was rapidly rising to dominate regional shipping. The map identifies the city of Singapore, the hospital, the european settlement, mercantile yards, the powder magazine, battery, and the sultan's mosque. This is one of the earliest maps to offer a specific detail of Singapore Island that we have encountered.

Various towns, cities, rivers, mountains, islands and several other topographical details are noted with relief show in hachures. This map was engraved by Sidney Hall and issued as plate no. XXXIX in the 1851 edition of Black's General Atlas of the World.