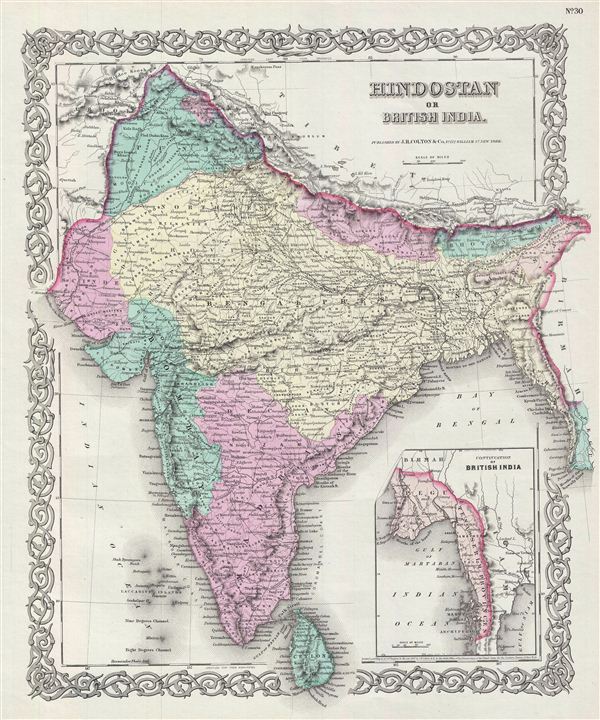 An excellent 1855 first edition example of Colton's map of India. Like most of Colton's Asia maps, this map was derived from an earlier wall map of the world produced by Colton and D. Griffing Johnson. Covers the subcontinent from Tibet to Ceylon (Sri Lanka). The map is divided into Bombay, Scinde, Punjab, Nepal, Bhutan, the Bengal Presidency, Madras and Ceylon. An inset map in the lower right quadrant shows British claims in Burma (Pegu) and Southeast Asia.

The map depicts most of what is today modern India and what was, when this map was made, British India. In 1857, a year after this map was issued, the sepoys of the British east Indian Company would revolt in India's First War of Independence. This would ultimately lead to the dissolution of the east India Company. Subsequently governance of India was administered directly by the British Crown. The British Raj ruled India until its independence in 1947.