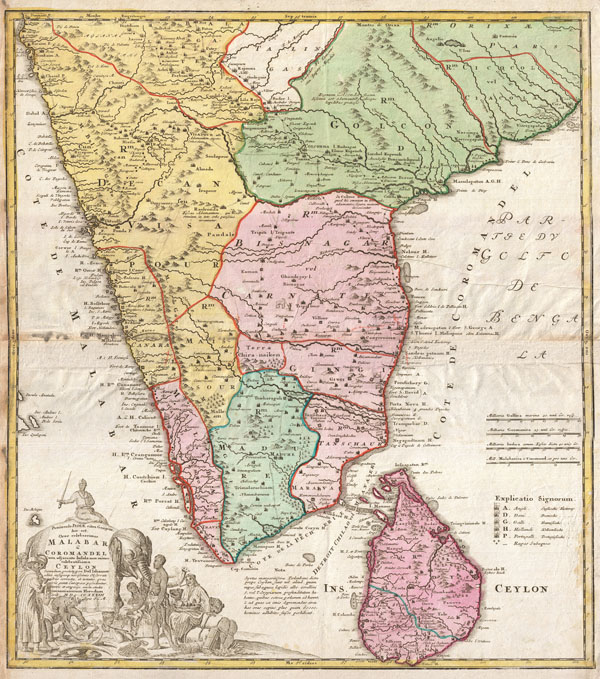 A rare map of India and Ceylon issued in 1733 by the Homann Heirs. Covers the subcontinent roughly from Bombay south to Cape Comorin and includes all of Ceylon (Sri Lanka). Homan offers good detail along the coast naming numerous ports and, where appropriate, appending either an English, French, Danish, Dutch or Portuguese flag to indicate the European power laying claim to that port. The interior is more vague, though many of the major caravan routes are noted, if only speculatively. There are numerous annotations in Latin throughout. Homann also identifies various battle sites associated with the southward progress of the Mughal Empire in 1707. When Homann drew this map, only Madras, Malabar, Ceylon, and the European ports remained independent of Mughal control. A large title cartouche depicting Indian traders and an elephant appears in the lower left quadrant.

Good condition. Some creasing. Minor wear and discoloration along original centerfold and left margin. Else clean.

University of Washington Libraries, Rare Map Division, Atlas 912 At651.
Looking for a high-resolution scan of this?