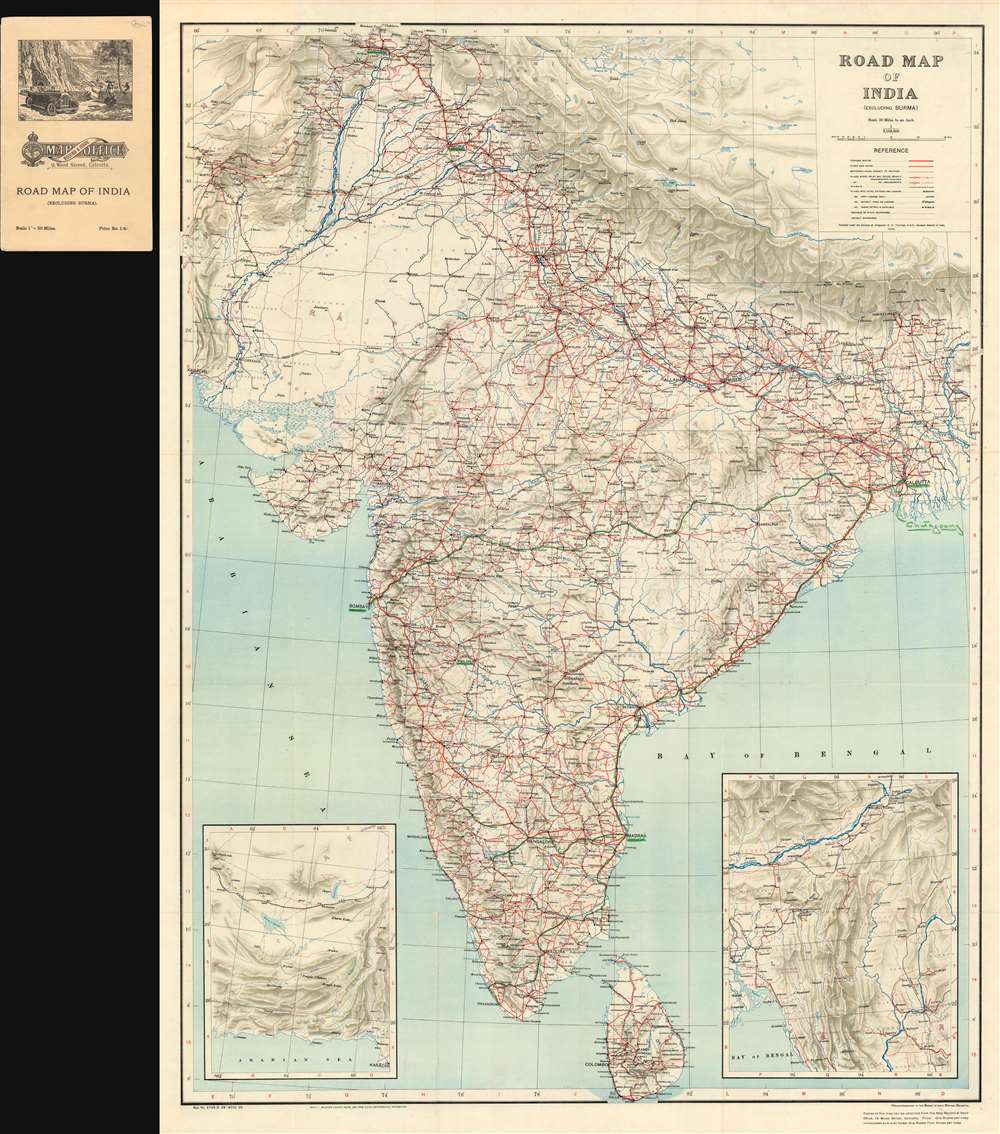 A detailed road map of India on the eve of the Great Depression.
$450.00

Green manuscript notations trace a trip from Bombay across India to Calcutta and then south along the coastline to Madras, Bangalore, Madura, and Trivandrum, although no indication is given if this is the correct direction. Other cities are underlined in green as well: Sholapur, Lahore, and Peshawar.

This map was created and published by the Survey of India under the direction of Brigadier Robert Henry Thomas in 1929. Four examples are catalogued in the OCLC as being part of the institutional collections at Harvard College, Duke University, the University of Chicago, and the University of Oxford.


Robert Henry Thomas (April 1877 - 1946) was a British army officer and surveyor active in India. Thomas studied at St. Edmund's College and St. Paul's School. He was aware the Pollock Medal and Commissioned on June 21, 1896. He was posted to the India Service in 1908. Thomas was in charge of Geodetic Parties for a year and was then transferred to charge of the Surveyor-General's office in Calcutta. Around this time he was awarded the Distinguished Service Order (DSO). Thomas served as Surveyor General of India from 1928 - 1933. He died in London in 1946. Learn More...