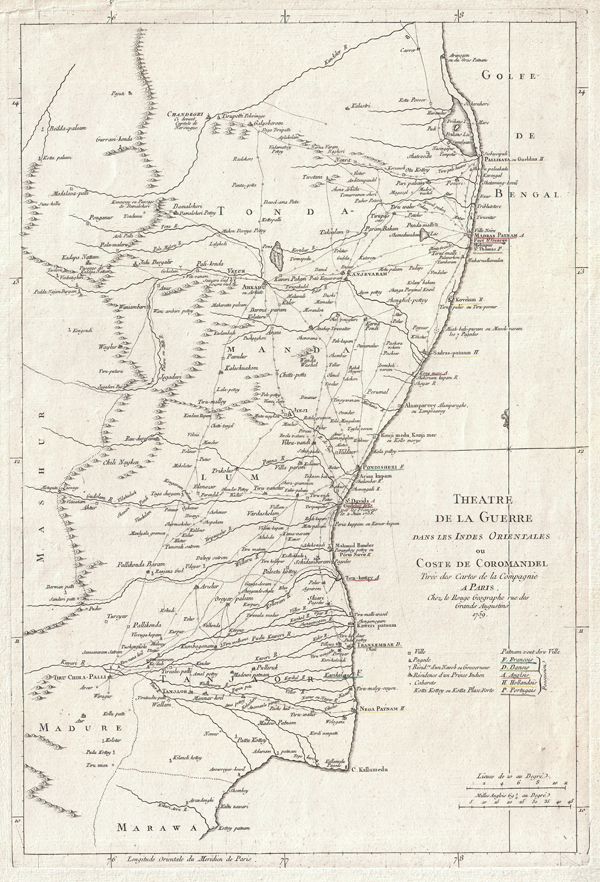 This is an attractive 1759 map of Eastern India or Coromandel by George-Louis le Rouge. Covers the Indian coast from Marawa, in the south, northward past Pondicherry and Madras as far as Pallikata on the Bay of Bengal. Extends inland as far as Mashur. Offers wonderful inland detail of both roads and river systems. Designed to illustrate the then raging struggle by the various colonial powers to control the rich Indian trade. Ports are underlined and color coded to signify the colonial empire that controlled them. French possessions, including Pondicherry, are in green, Denmark is dark green, England is red, Holland is yellow and Portugal, gray. Prepared for issue as plate 151 in Le Rouge's Atlas General.

Oehme, R. (University of Freiburg im Breisgau) A French World Atlas of the 18th Century: The Atlas General of G. L. Le Rouge., page 64.
Looking for a high-resolution scan of this?