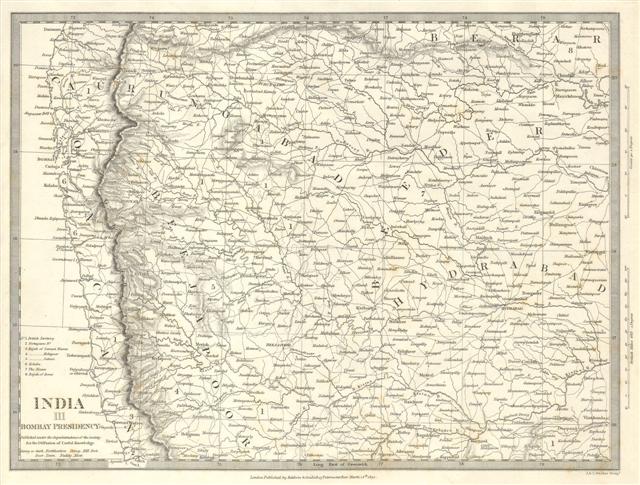 This map is a steel plate engraving, dating to 1838 and published by the S.D.U.K. or 'The Society for the Diffusion of Useful Knowledge.' It is officially entitled 'India III' and depicts western India or the Bombay Presidency. This of course include the city of Bombay or as it is now known Mumbai. Map extends as far south as the Portuguese colony of Goa and as far east as the city of Hydrabad.