1780 Bonne Map of Southern India, Ceylon, and the Maldives 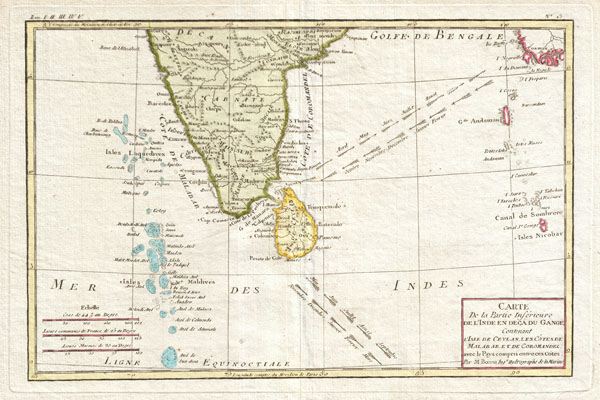 1780 Bonne Map of Southern India, Ceylon, and the Maldives

Attractive 1780 map of southern India by the French cartographer Rigobert Bonne. Covers from the Deccan plateau south as far as the Maldives and as far east as the Andaman and Nicobar Islands. Includes Ceylon or Sri Lanka. Shows the direction of the important Indian Ocean trade winds and their corresponding seasons. The regularity of the trade winds in the Indian Ocean generated active nautical trade routes well into antiquity. Published as plate no. L 3 in Bonne's 1780 Atlas de Toutes les Parties Connues du Globe Terrestre.