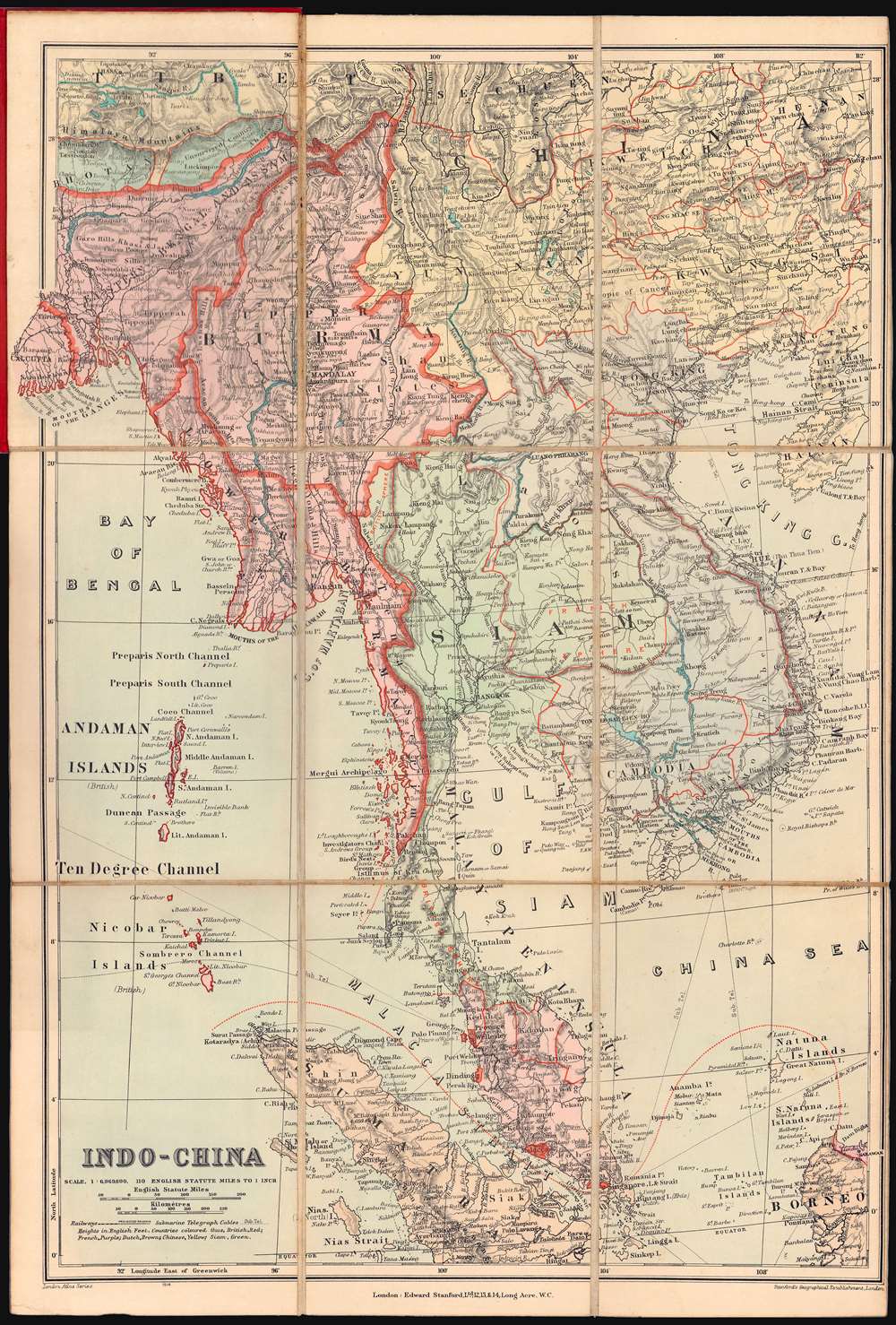 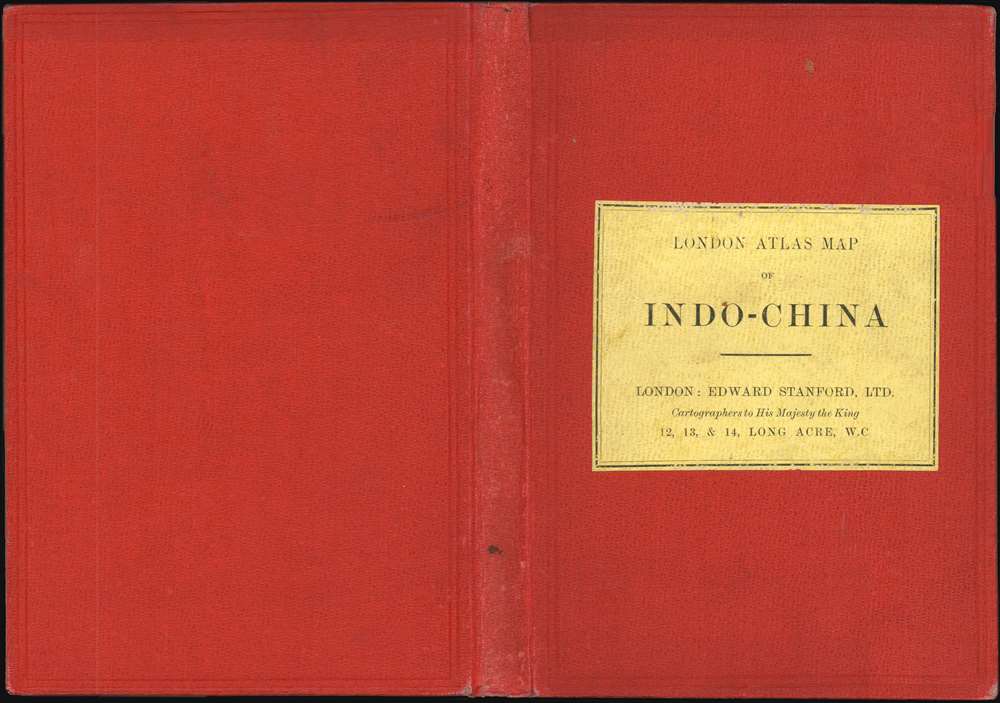 The struggle for Southeast Asia.

A very attractive c. 1909 Stanford's Geographical Establishment folding map illustrating the colonial situation in Southeast Asia in the early 1900s. Centered on Bangkok, coverage extends from Tibet to Sumatra and Borneo, and from Calcutta to Hainan, embracing all of Siam (Thailand), Malaya, Burma, Laos, Cambodia, and Vietnam.

The Struggle for Southeast Asia

The map offers a British perspective on the struggle with the French over control of Southeast Asia - and the efforts of the Siamese (Thai) to maintain their independence. The map highlights the Straits Settlements - areas fully administered by the British, in red. These included Singapore, Malacca, Penang, and the Dindings. Other areas, like Burma, parts of India, Malaya, and North Borneo, are shaded light red - representing British protectorates. French colonial claims, including modern-day Vietnam, Laos, and Cambodia, are light blue. The Dutch East Indies, including Sumatra and parts of Borneo appear on the southern periphery of the map in light orange. China, to the north and northeast, is yellow. Areas mostly outside of European colonial influence, including Thailand, Bhutan, and the Naga tribal regions of northern Burma and Assam are blue-green. The Naga peoples - known for their fiercely independent warrior culture, resisted European attempts to survey their mountainous territory well into the 20th century - as noted here. Nonetheless, annotations within Thailand suggests that portions were within either the British or French spheres of influence.

This map is undated, but we are able to somewhat assign a date based on political boundaries. The boundaries of British Malaya extend northward as far as Langkawi Island, which, along with Kedah, was seized form Siam in 1909. It likewise recognizes French expansion into northeastern (1904) and southwestern (1907) Siam. The map was part of the London Atlas series, but is here presented separately in sectionalized and mounted format. Uncommon.