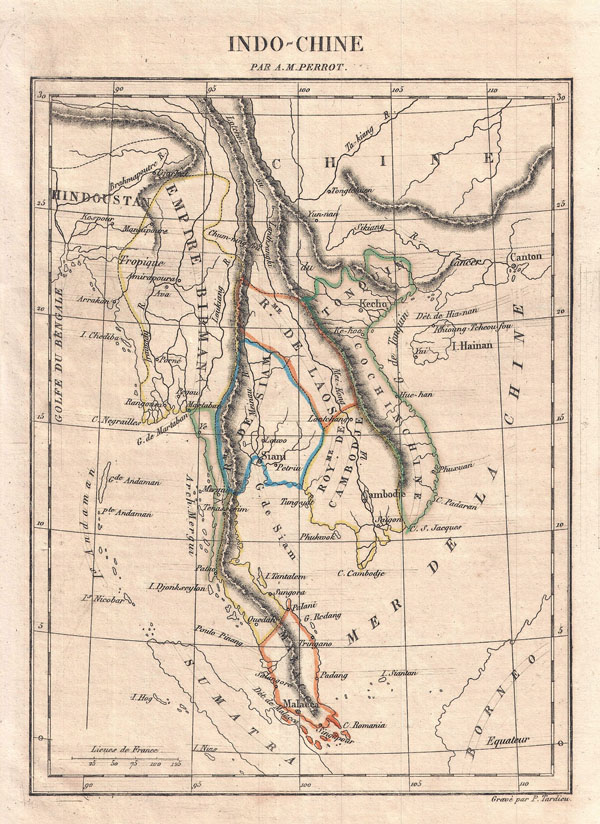 This is a c. 1825 map of Indo-Chine by drawn by French cartographer Aristide Michel Perrot and engraved by P. Tardieu. Covers the area from China in the north to Sumatra in the south, and from the Gulf of Bengal in the west to Canton in the east. Curiously places the city of Singapore (Singapour) on the mainland. Countries and territories outlined in color. Names major cities, rivers, islands, gulfs, mountains and ports. Scale located in the lower left quadrant.

Aristide Michel Perrot (1793 - 1879) was a French geographer, cartographer, and essayist active during the 19th century. Perrot specialized in miniature maps that appear in numerous French atlases. Perrot was also a prolific writer and his works include geographic lexicons and several essays.