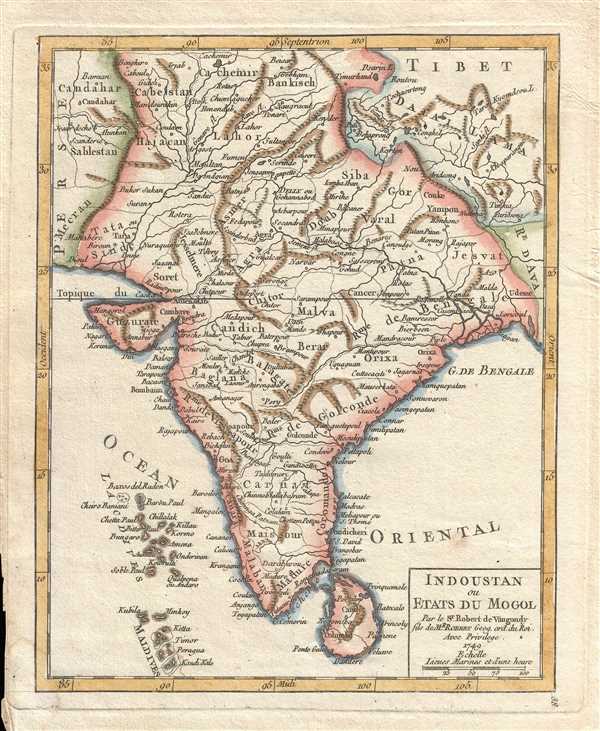 This is a hand colored 1749 Didier Robert de Vaugondy map of India. The map depicts the Indian subcontinent from Kashmir (Cachemir) and Tibet to the Indian Ocean, Sri Lanka, and the Maldives and from Afghanistan (Perse or Persia) to the Bay of Bengal. Highly detailed, provinces and kingdoms are labeled and identifies many cities and towns, including Delhi (Delly), Agra, and Goa in India and Kandahar (Candahar) in Afghanistan. The Dalai Lama is referenced in Tibet. Mountains are depicted in profile.