1860 Mitchell's Map of Ohio and Indiana 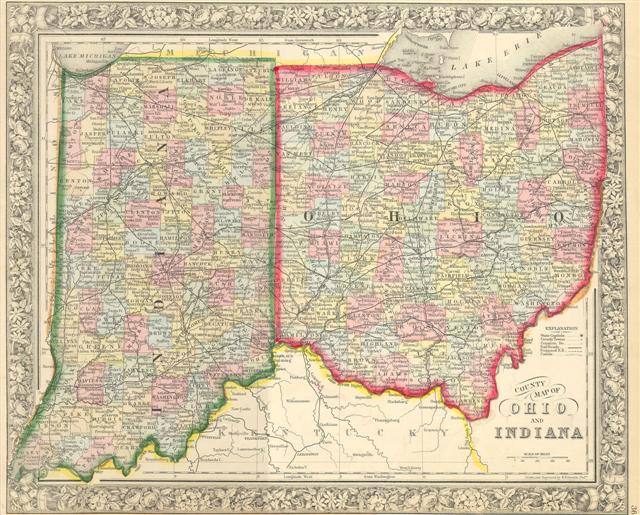 1860 Mitchell's Map of Ohio and Indiana

This hand colored map is a steel plate engraving, dating to 1860, by the legendary American Mapmaker Samuel Augustus Mitchell. It represents the states of Ohio & Indiana.

Very good condition. Minor age toning. Blank on verso.
Looking for a high-resolution scan of this?