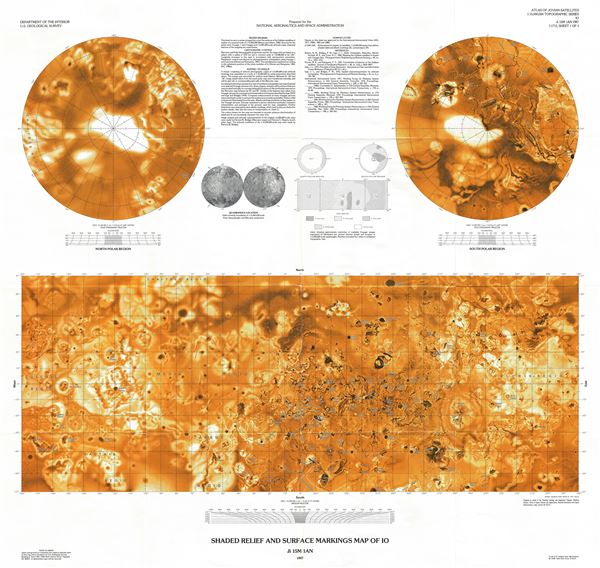 This is a beautiful 1987 map of Jupiter's innermost moon, Io, issued by the U.S. Geological Survey. This relief and surface markings map depicts the many active volcanoes, plateaus and mountains on the most geologically active object in the Solar System. The North Polar Region and the South Polar Region are represented in two insets in the upper left and right quadrants respectively. This map was based on images from Voyager 1 and 2. The map is beautifully colored to provide optimum discrimination of detail.

This map was prepared for the National Aeronautics and Space Administration and published by the U.S. Geological Survey as Atlas of Jovian Satellites Topographic Series Ji 15M 1AN map I-1713 sheet 1.