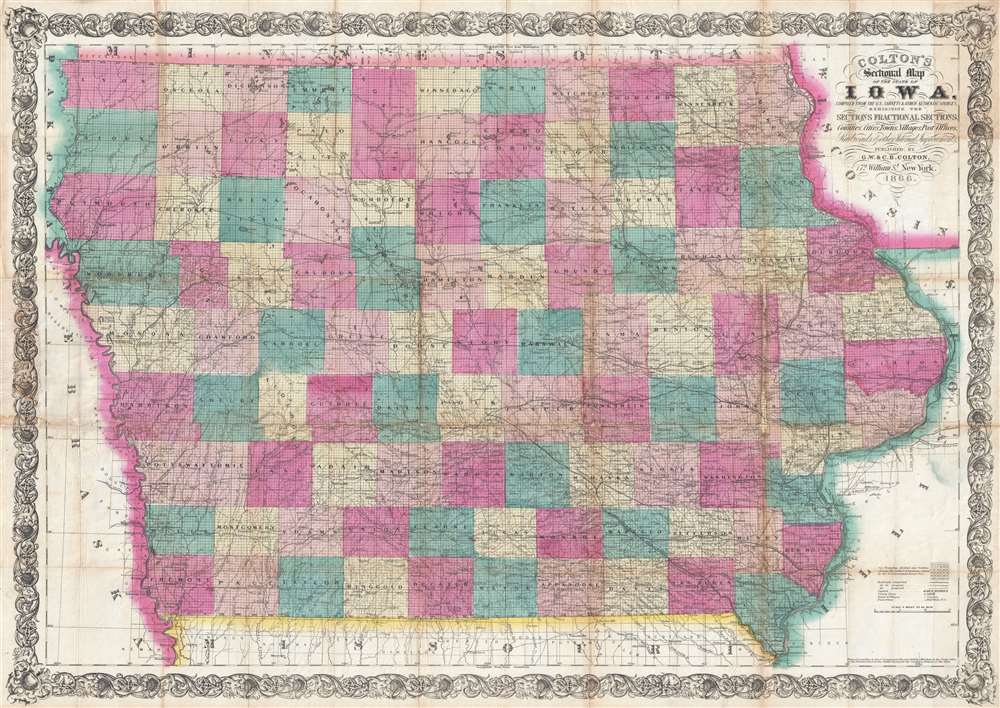 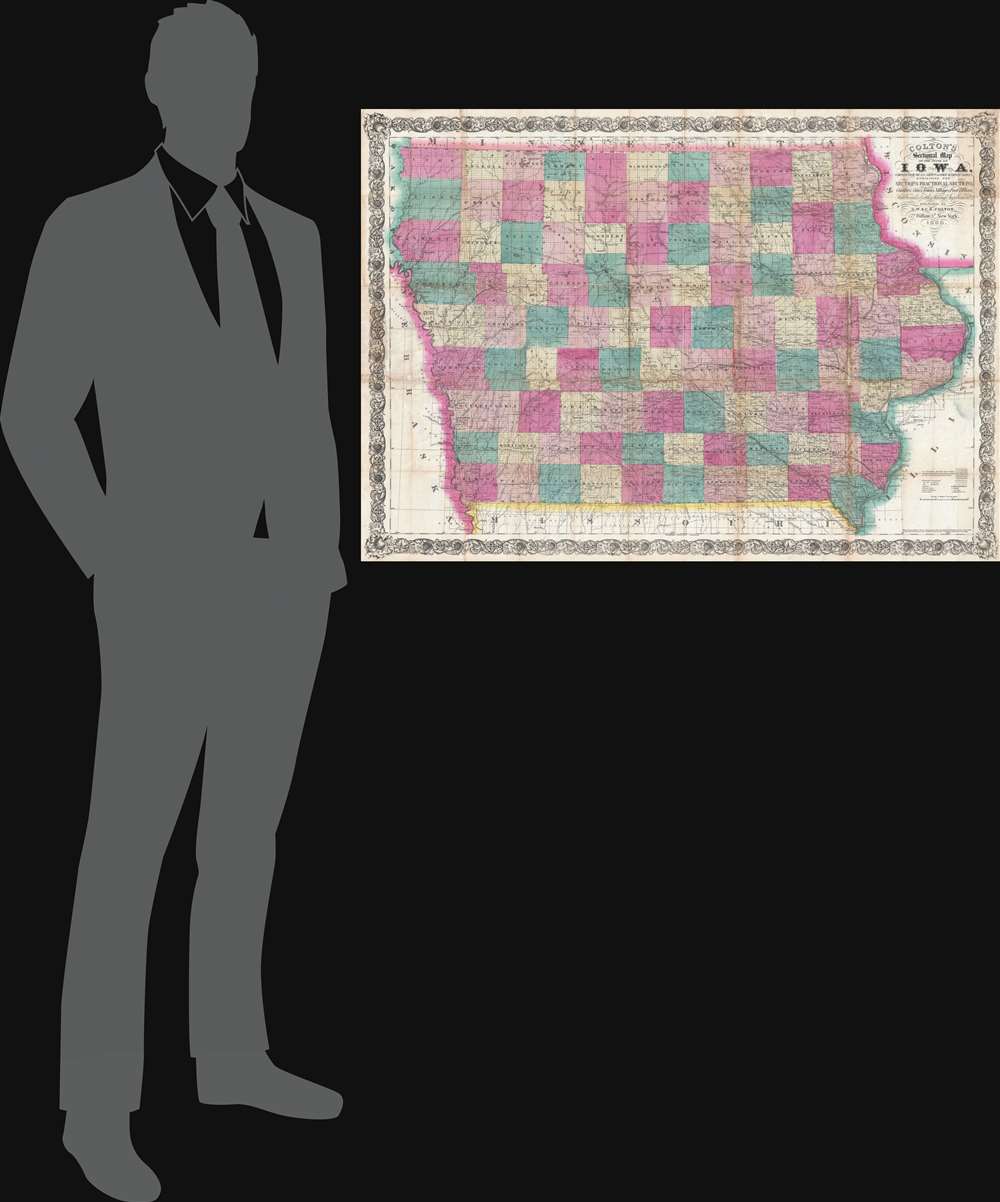 This is an 1866 G. W. and C. B. Colton separate issue large format pocket map of Iowa - issued at during a period of explosive economic and population growth for Iowa. The completion of the Union Pacific Railroad, which departed from Omaha City, Nebraska, transformed Iowa into a transportation and economic hub, at the center of a trans-continental railroad network. The map depicts all of Iowa from Dakota and Nebraska to Wisconsin and Illinois and from Minnesota to Missouri. Highly detailed, myriad cities, towns, and villages are labeled throughout, including county seats and Des Moines, the state capital. Each county is labeled and shaded for easy differentiation. The map is further divided sectionally into land districts as surveyed by the United States Land Office. Numerous railroads crisscross the state, such as the Mississippi and Missouri Railroad and the Keokuk, Des Moines, and Minnesota Railroad. The Union Pacific Railroad is illustrated leaving Omaha City, Nebraska, which lies across the Missouri River from Iowa. Several roads are also depicted, such as the military road from Sioux City to St. Paul. Rivers and creeks snake their way across the state, some of which empty into the various lakes which dot the landscape

This map was produced by J. H. Colton and published by his sons, G. W. and C. B. Colton in 1866. We are aware of one earlier edition, dated to 1865, suggesting this is the second edition.