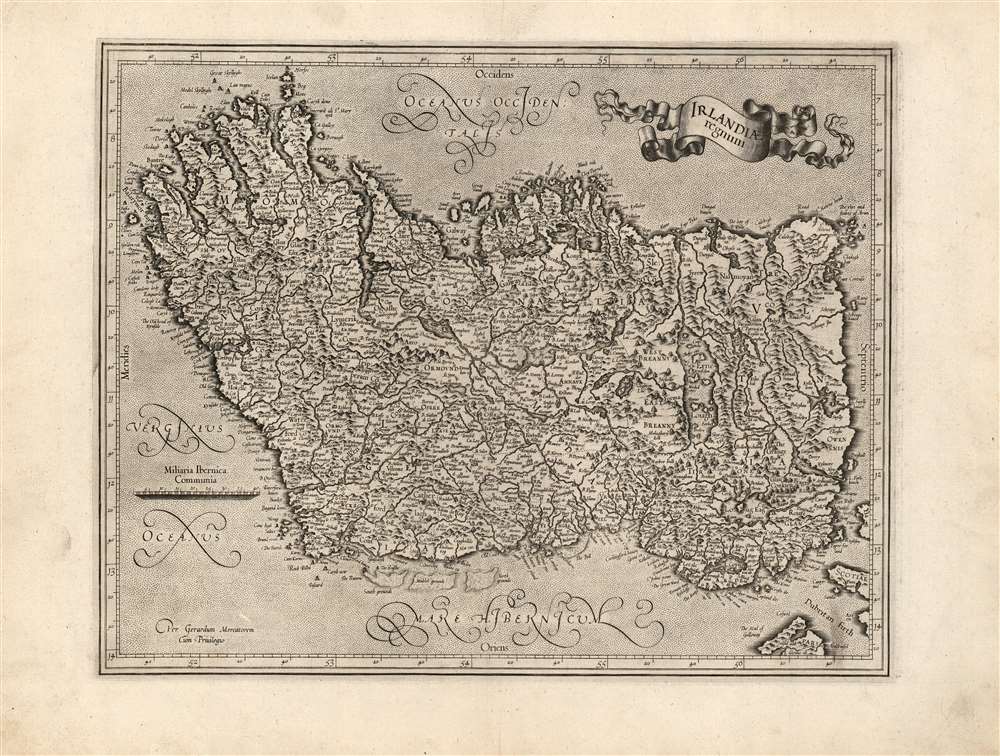 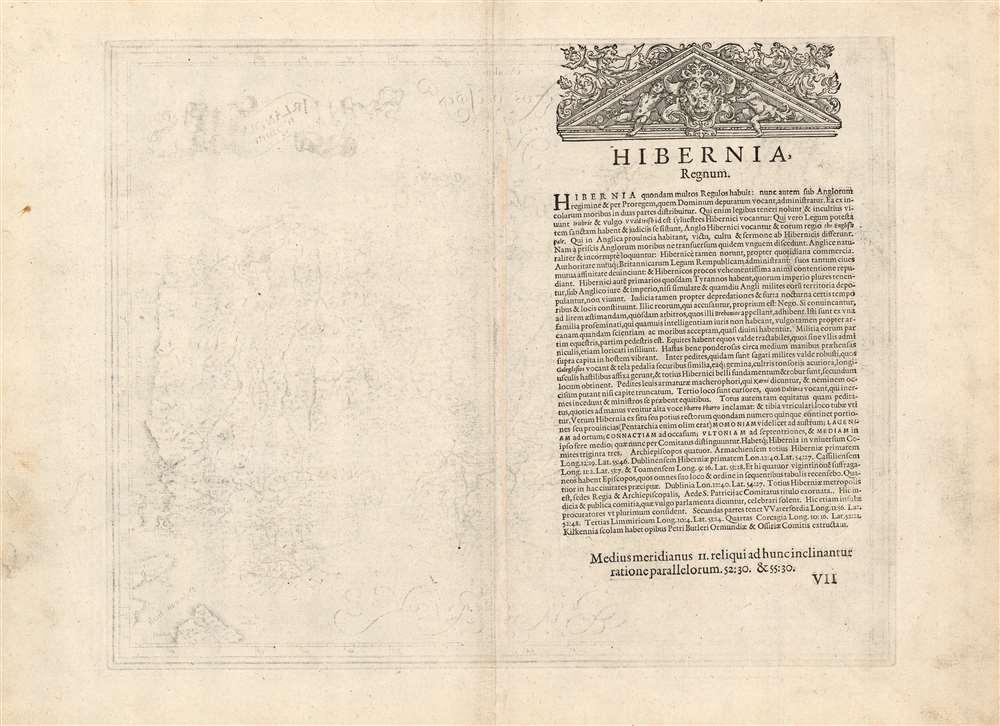 This is a superb, 1595 first atlas edition of Gerard Mercator's map of Ireland. It is one of the earliest maps of Ireland, the second to appear in an atlas, and the first produced by Mercator. Oriented to the west, the map covers the Emerald Isle in detail, noting towns, rivers, lakes, forests, mountains, and a host of additional topographic features. Mountains and forests are beautifully rendered in profile. The map divides Ireland into the four provinces of Ulster, Connaught, Leinster, and Munster.

The Predominant View of Ireland of the Early 17th Century

The map was issued during the Nine Years' War (1593 - 1603), a rebellion of Irish clans against British Rule. The English defeated the clans, but the destruction brought on the Famine of Ulster and some sixty thousand deaths. To compile the map, Mercator drew upon data compiled for his 1564 wall map. The resultant geography remained state of the art well into the 17th century. Ortelius, in producing an Ireland map for his own atlas, relied almost entirely upon the same data.

Mercator himself engraved this map for inclusion in Atlas, although he would not live to see it published as this first edition appeared a year after his death. The plates were later purchased by Jodocus Hondius, who continued to use them as the basis for his own atlases, gradually adding additional plates. The map remained in the Hondius / Jansson atlases unchanged until 1636, at which point Mercator's name was removed. Shortly thereafter, Jansson replaced the map with an entirely new work. This present map is an example of the first state and conforms typographically with examples of the 1595 first Latin edition of Mercator's Atlas. In various editions, examples appear on the market from time to time and the map is reasonably well represented in institutional collections.

Excellent. Light marginal soiling, else a fine example with an uncommonly sharp strike.