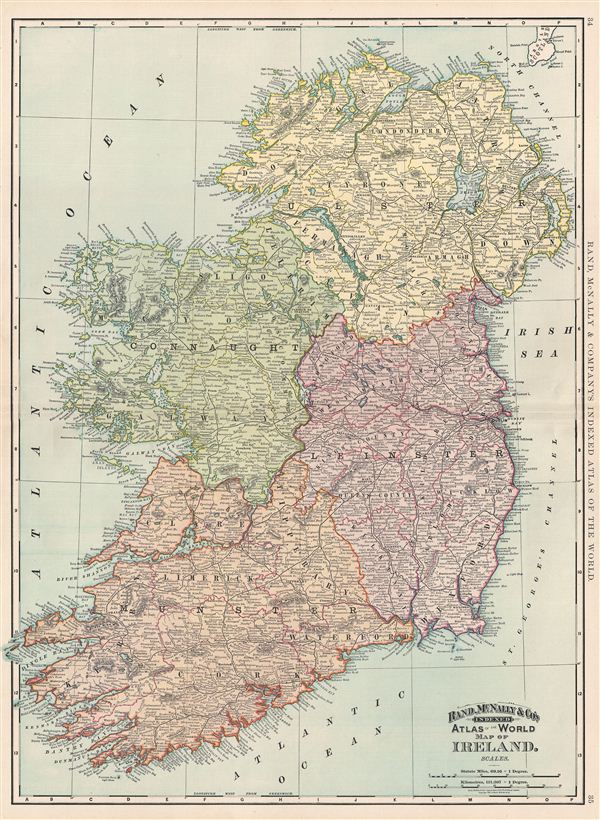 This is a beautiful example of Rand McNally and Company's 1892 map of Ireland. The map covers the emerald Isle in full from Donegal to Cork. Ireland is divided into its four primary provinces, Munster, Ulster, Connaught and Leinster. During the 19th century, Ireland suffered a series of potato related famines, the worst one being the Great Irish Famine from 1845 – 1849, which killed nearly a million people. As a result Ireland witnessed a widespread exodus. By the end of the 19th century, almost 50% of immigrants into the United States were from Ireland. Color coded according to provinces, this map identifies numerous cities and towns, as well as noting various rivers and other topographical details. Relief shown by hachure. This map was issued as plate nos. 442 and 443 in the 1893 issue of Rand McNally and Company's Indexed Atlas of the World - possibly the finest atlas Rand McNally ever issued.