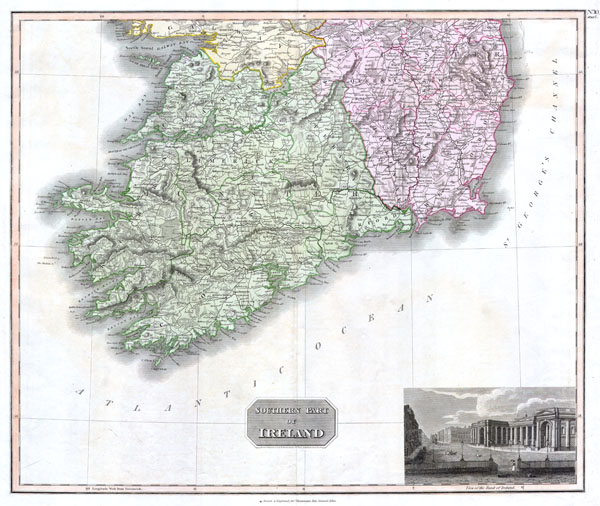 A scarce 1814 map of southern Ireland by John Thomson. Depicts the island from Galway south including Limerick, Munster, Cork, Leister, Kilkenny, and Wexford, among other regions. Bottom right features an engraved view of the 'Bank of Ireland.' Printed in 1814 for John Thomson's New General Atlas