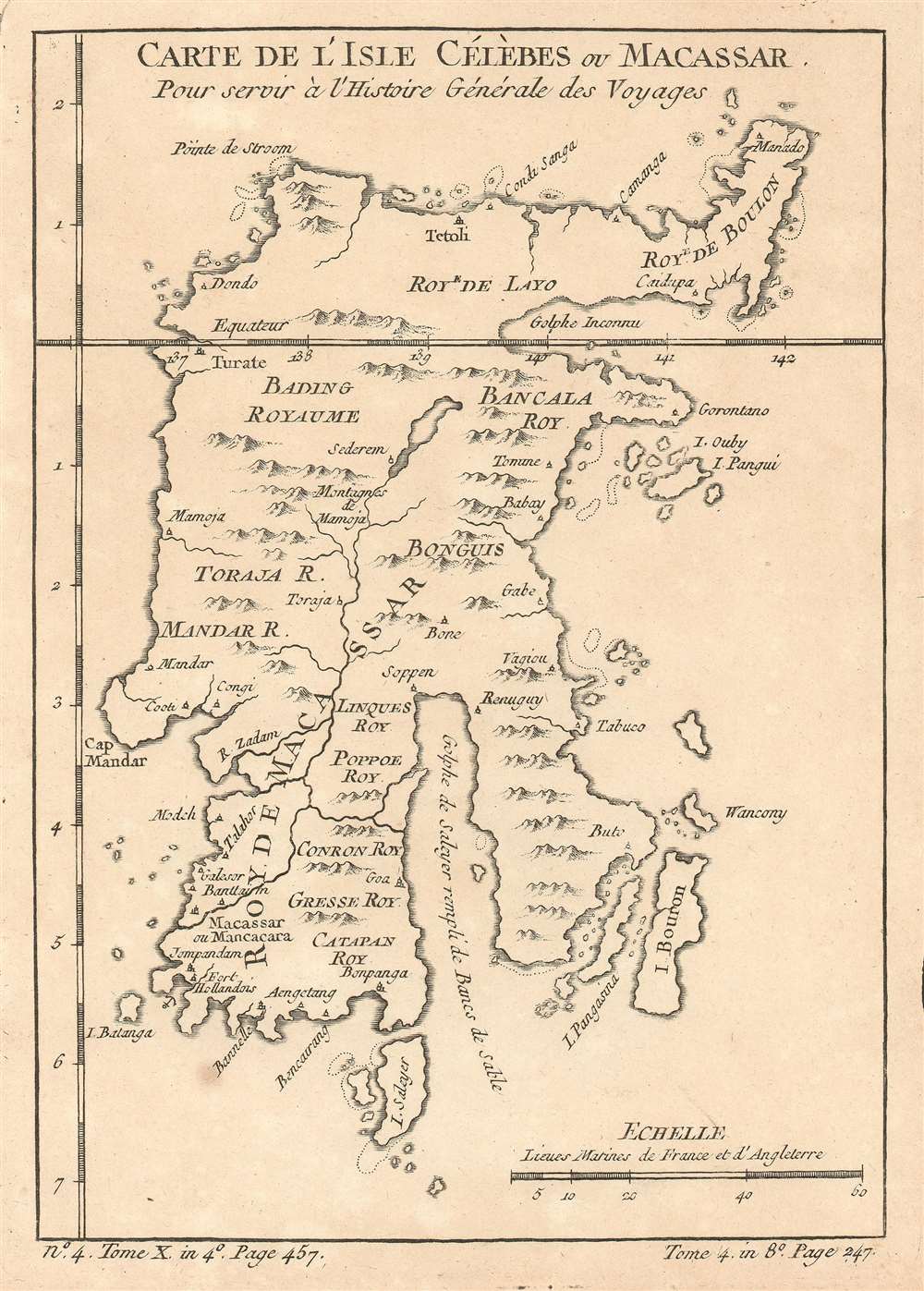 This is a 1757 Jacques-Nicolas Bellin map of Celebes (Sulawesi), Indonesia. The map depicts the entire island and labels villages, rivers, and mountain ranges. The island is divided into several kingdoms (royaumes), each of which is labeled. Gulfs along the coastline are also labeled, as are smaller islands. One safe harbor is also noted next to the Dutch fort (Fort Hollandois) in the southwest part of the island.