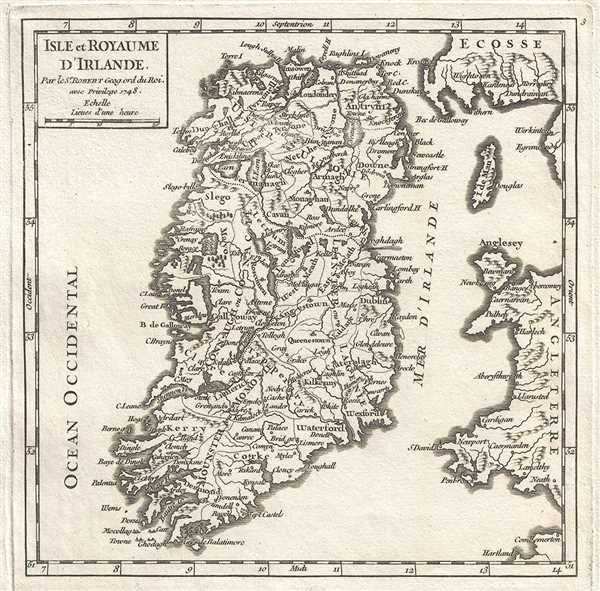 Detailed map of the Emerald Isle.

This is a nice 1748 map of Ireland by the French cartographer Robert de Vaugondy. It depicts the Emerald Isle and identifies its four provinces of Ulster, Connacht, Leinster and Munster. Incredibly detailed, the map notes provinces, cities, towns, rivers, mountains and a host of additional topographical features. This map was published in the 1748 edition of Vaugondy's Atlas Portratif Universel et Militaire.