1750 Bellin Map of the Maldives 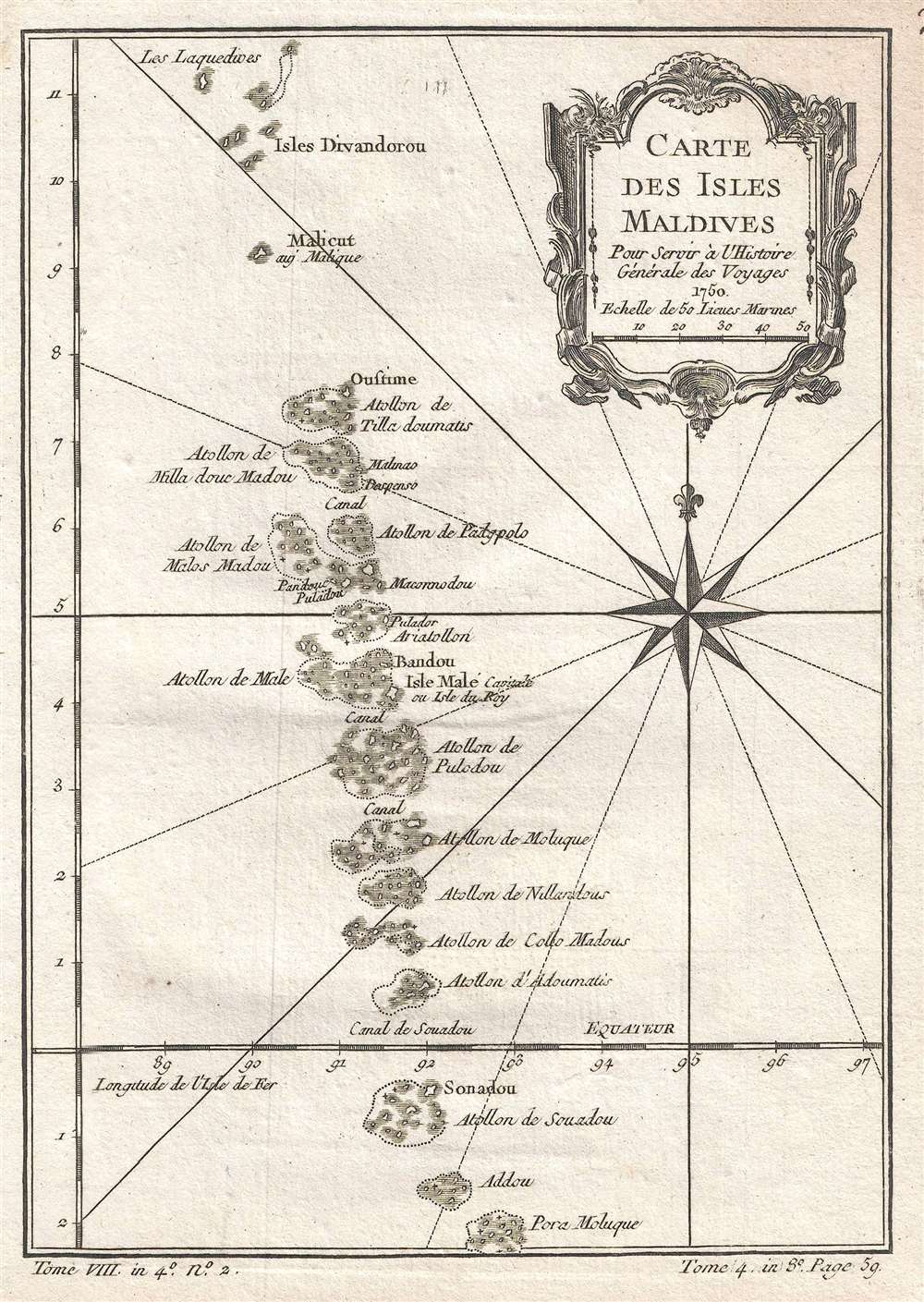 1750 Bellin Map of the Maldives

A gorgeous map of the Maldives, known the world over for the spectacular beauty of its beaches and scenery.

This is a 1750 Jacques-Nicolas Bellin map of the Maldives, an nation situated in the Indian Ocean about six hundred miles southwest of the Asian continent. The map depicts the archipelago from Les Laquedives to Pora Moluque. Each atoll is illustrated and labeled, as are a few of the canals between the atolls. Malé Island is situated near the center and is labeled as Isle Malé, capitale ou Isle du Roy. Malé is the modern capital of the Maldives and is on Hulhulé Island. A beautiful compass rose is situated along the right border just below the title cartouche. Today, the Maldives are a relatively major international tourist destination and the tourism industry is the single largest contributor to the country's GDP.