1748 Vaugondy Map of Malta and Gozo 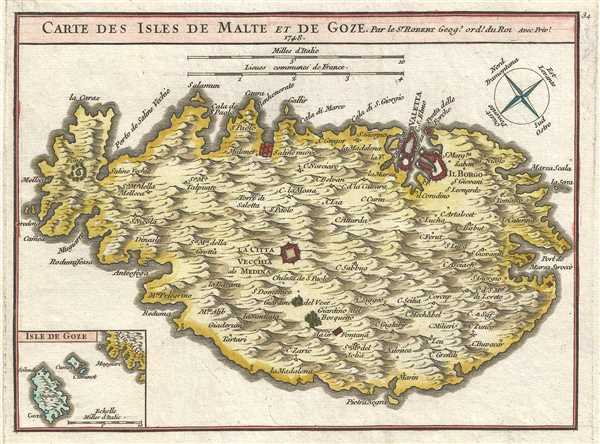 1748 Vaugondy Map of Malta and Gozo

This is a hand colored 1748 Gilles Robert de Vaugondy map of Malta and adjacent Gozo. Oriented to the Northeast, this map depicts the island of Malta from Melecca on the left to the Port de Marza Strocco on the right and from Valetta on the top to Pietra Negra on the bottom. The coastline is depicted in detail, and the topography of the island is depicted by hills drawn in profile. La Citta Vecchia als Medina is depicted. At the bottom left corner, an inset map depicts the nearby island of Gozo.

This map was published by Gilles Robert de Vaugondy in his Atlas Universel, Portatif et Militaire in the 1748 edition.