1749 Vaugondy Map of the Philippine Islands 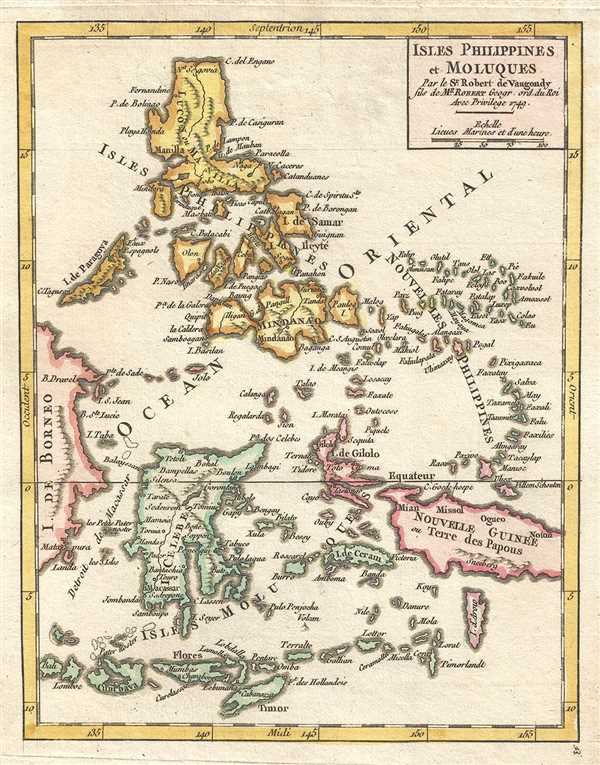 1749 Vaugondy Map of the Philippine Islands

Uncommon map of the Philippines.

This is a hand colored 1749 Didier Robert de Vaugondy map of the Philippines and Indonesia. The map depicts the Philippine Islands at the top to the island of Timor at the bottom and from Borneo on the left to New Guinea on the right. Within the Philippine archipelago, Luzon (Lucon ou Manilla), Samar, Leyte, Cebu, and Mindanao are labeled individually as well as several others. The islands are dotted with cities and other sites which are labeled. Manila (Manilla) is bolded. To the east of the Philippines, the Nouvelle Philippines are identified. These refer to the Caroline and Palau Islands, although the mapping is inaccurate and exaggerated. Within Indonesia, Borneo, Celebes, Timor and others are labeled. Towns are labeled on Celebes, Timor, and a few of the other islands. The Equator is depicted on the map.