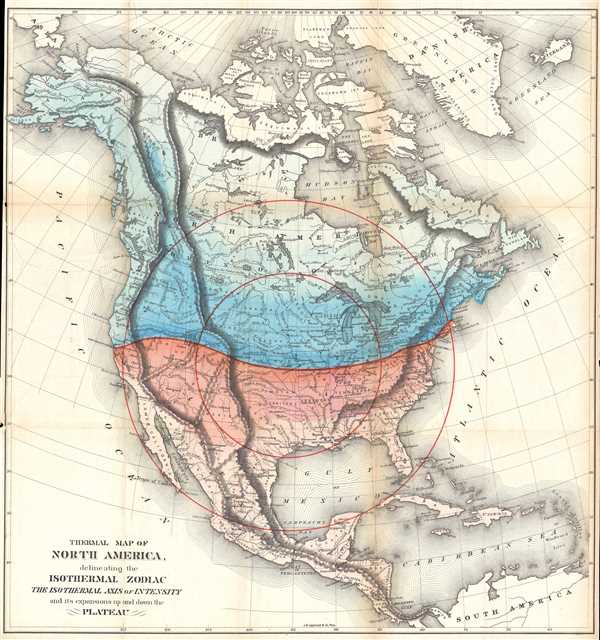 This is an 1873 William Gilpin geological map of North and Central America. The map depicts from the Arctic Ocean to South America and from the Pacific to the Atlantic. This map is the third map from Gilpin's book Mission of the North American People. Gilpin advocated several now outdated climatological theories, which he expounds on in this book. One such is that the ‘rain follows the plow.’ He thought that cultivating and settling the American west would increase rainfall, making it as verdant as the eastern part of the continent. In using striking colors Gilpin illustrates the division between the warm southern parts of North America and the vast frigid northern expanses. Calling this the 'isothermal axis', Gilpin appears to be promoting the theory that climate in North America can easily be separated between the north and the south.