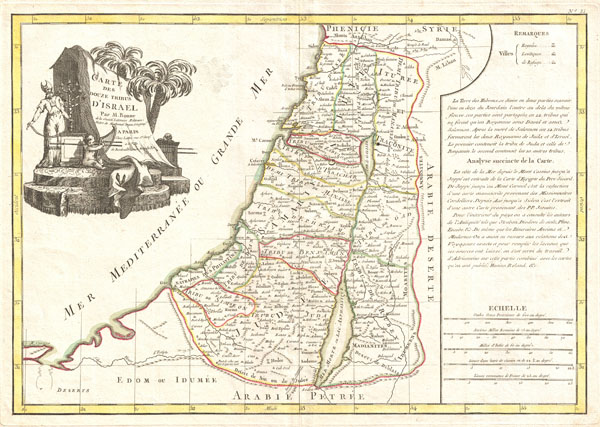 A beautiful example of Rigobert Bonne's c. 1770 decorative map of Israel or the Holy Land on both sides of the Jordan River. Covers the region as it existed in Biblical times with divisions for each of the Twelve Tribes of Israel. Notes on the construction of the map are featured in an inset on the right hand side of the page. The upper left quadrant features an decorative title cartouche featuring a menorah, a priest, a cherub, and what appears to be the Ark of the Covenant. Drawn by R. Bonne c. 1770 for issue as plate no. 35 in Jean Lattre's 1776 issue of the Atlas Moderne.