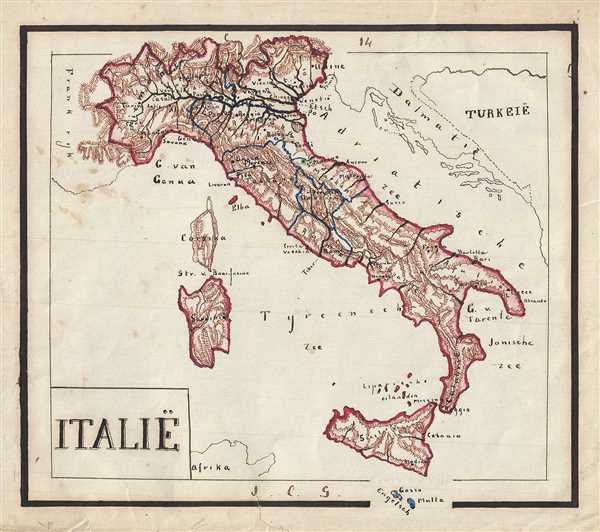 In 1861, Giuseppe Garibaldi and his Red Shirts led the drive for Italian national solidarity. On March 17, 1861, the Sardinian government led by the Count of Cavour finally declared a unified Kingdom of Italy. Even so, Italy would not be fully united until the Franco-Prussia War forced France to abandon its support of the Papal States in 1870.

Features wonderful and whimsical overall presentation. This map was drawn in 1871 by J.C. Sikkel as part of Der Atlas Geheele Aarde.

Very good. Minor spotting. Some edge wear and toning. Rips along edges repaired on verso.
Looking for a high-resolution scan of this?