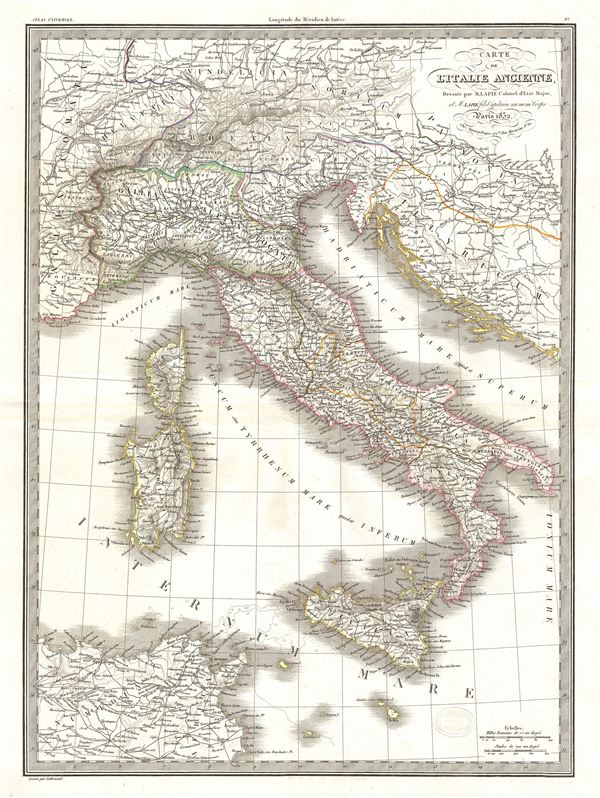 A fine first edition example of M. Lapie's 1829 map of Italy during ancient Roman times. The map covers all of Italy in the days of the Roman empire from the Mediterranean Sea to the Adriatic and Ionian Sea, as well as parts of adjacent Numidia, Africa, Pannonia, Rhaetia, Vindellicia, Illyria (Greece), Gaul (France), Noricum and Helvetti (Switzerland). During the first centuries of the Imperial Rome, Italia was the territory of the city of Rome rather than a province, and enjoyed a special status such that the armies of military commanders were not allowed into the region.

This map was engraved by Armand Joseph Lallemand as plate no. 08 in the first edition of M. Lapie's important Atlas Universel. This map, like all maps from the Atlas Universel features an embossed stamp from the Lapie firm.