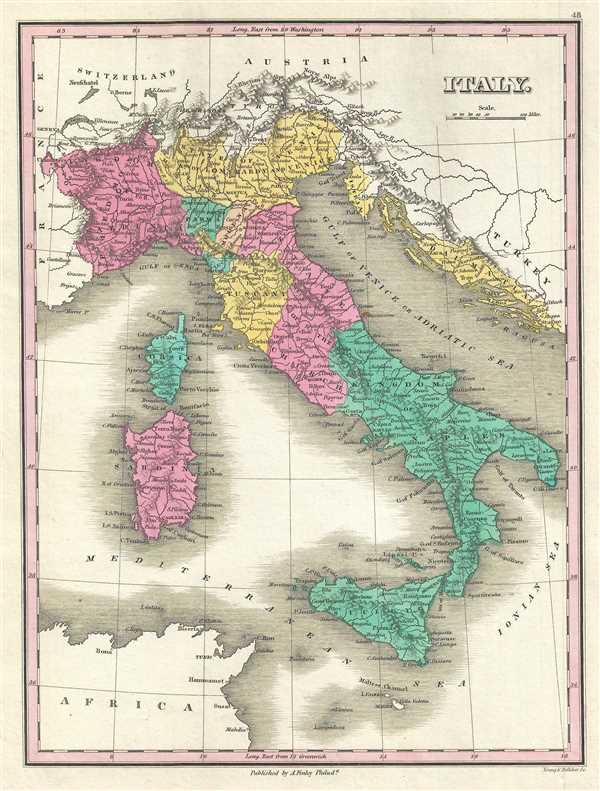 This is an 1828 Anthony Finley map of Italy. The map depicts the Italian peninsula from Austria and Switzerland to Sicily and Malta. The Islands of Sardinia and Corsica are included, as well as Dalmatia across the Adriatic. Rivers, roads, canals, and some topographical features are illustrated. Numerous cities and towns are labeled, including Venice, Milan, Rome, Florence, and Naples. As this map Predates the Italian unification movement, the peninsula is divided into an assortment of kingdoms, duchies, republics and states, which are labeled and differentiated by color.