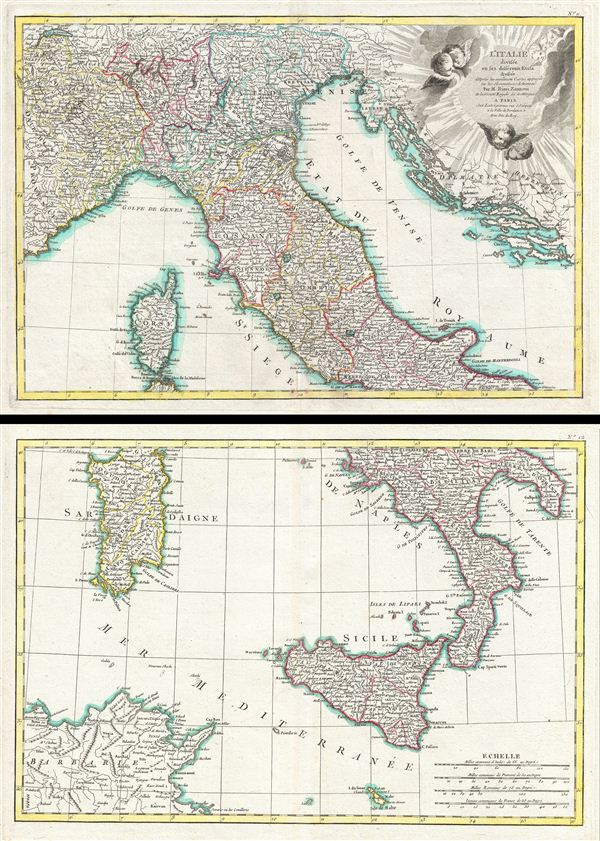 A beautiful example of Rizzi-Zannoni's 1783 two sheet decorative map of Italy. The upper sheet covers from Lake Geneva and the Venetian States south to include Rome, Corsica, and Capitana. It also includes the Gulf of Venice and the states of Dalmatia, Herzegovina and Murlaka. A large decorative cartouche featuring solar rays and numerous putti (little cherubs) appears in the upper right quadrant. The lower sheet covers from Naples south to include Sicily, Malta, Sardinia and parts of Tunisia and Algeria in North Africa.