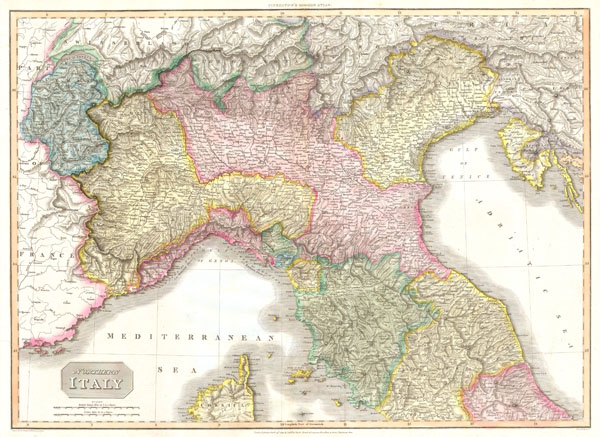 This fascinating hand colored 1809 map by Edinburgh cartographer John Pinkerton depicts Northern Italy, including Tuscany (Florence / Firenze ), Venice, Lombardy, Piedmont, and Milan. Early Pinkerton maps such as this one offer extraordinary quality and detail that seems almost three dimensional. Possibly the finest map of northern Italy to appear in England in the early 19th century. This map is dated October 19, 1809.