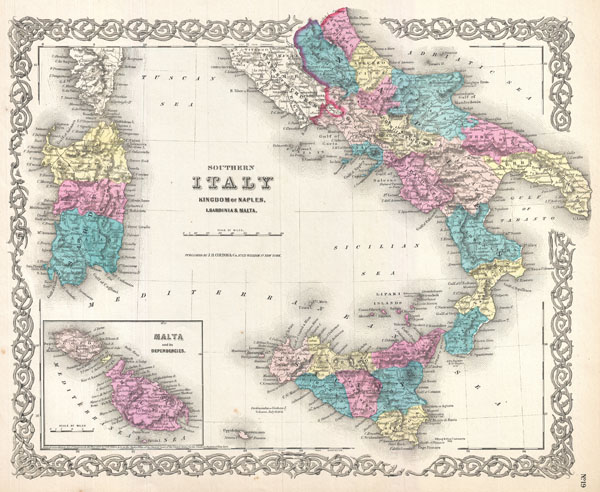 A beautiful 1855 first edition example of Colton's map of Southern Italy. Covers the southern part of the Italian peninsula from Abruzzo to Melito, inclusive of the Kingdom of Naples. Also includes the islands of Sicily and Sardinia. An inset map in the lower left quadrant details Malta and Gozo. Throughout, Colton identifies various cities, towns, forts, rivers, and an assortment of additional topographical details. Surrounded by Colton's typical spiral motif border. Dated and copyrighted to J. H. Colton, 1855. Published from Colton's 172 William Street Office in New York City. Issued as page no. 19 in volume 2 of the first edition of George Washington Colton's 1855 Atlas of the World.