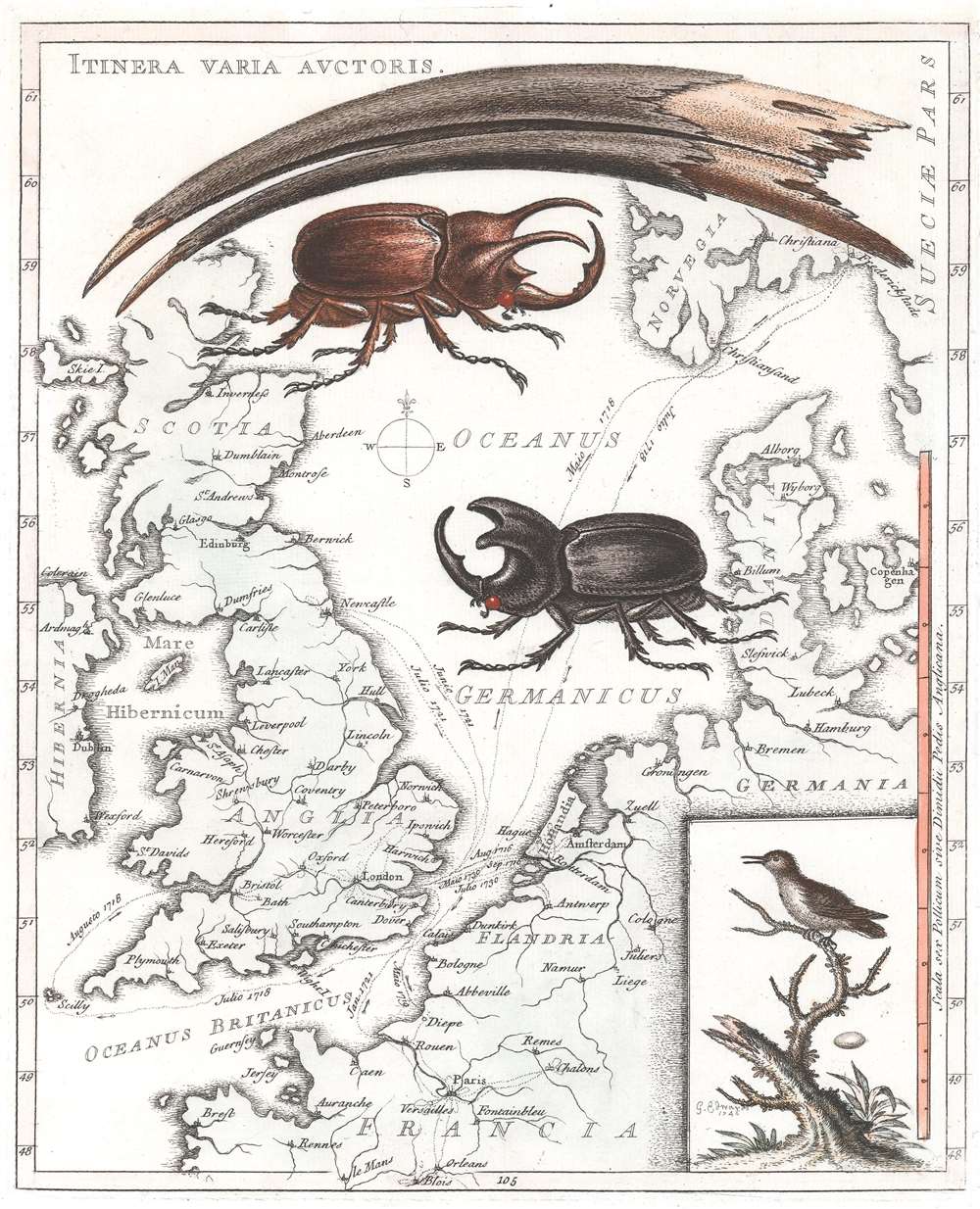 This is a 1746 George Edwards map of Great Britain and northern Europe - being invaded by the Beatles! (couldn't resist) Published as the frontispiece to Edwards's celebrated book A Natural History of Uncommon Birds, the map traces Edwards's peregrinations around the British Isles between 1718 and 1730. A most visually striking piece, the map offers prominent illustrations of natural history: male and female stag beetles, an Egyptian ibis's beak, and a Jamaican Least Hummingbird. It is curious that Edwards would choose to illustrate a map of his travels in Europe with creatures from the other side of the world!

This map was drawn and published by George Edwards in his A Natural History of Uncommon Birds. An example of the map is cataloged in OCLC and is part of the Wellcome Library in London. This piece is scarce on the private market.

George Edwards (April 3, 1694 - July 23, 1773) was an English naturalist and ornithologist. Remembered as the 'father of British ornithology', Edwards was born in Stratford, Essex. He studied natural history in his youth and traveled extensively in mainland Europe. During his travels, Edwards gained a recognition for his drawings of animals, with particular praise given to his drawings of birds. Edwards was appointed librarian at the Royal College of Physicians in London in 1733. He served as librarian for thirty-six years. His first book, A Natural History of Uncommon Birds Volume 1 was published in 1743 with the fourth volume appearing in 1751, He published three volumes entitles Gleanings of Natural History in 1758, 1760, and 1764, respectively. His two other works were titled Essays upon Natural History, and other miscellaneous subjects (1770) and Elements of Fossilogy (1776). Learn More...